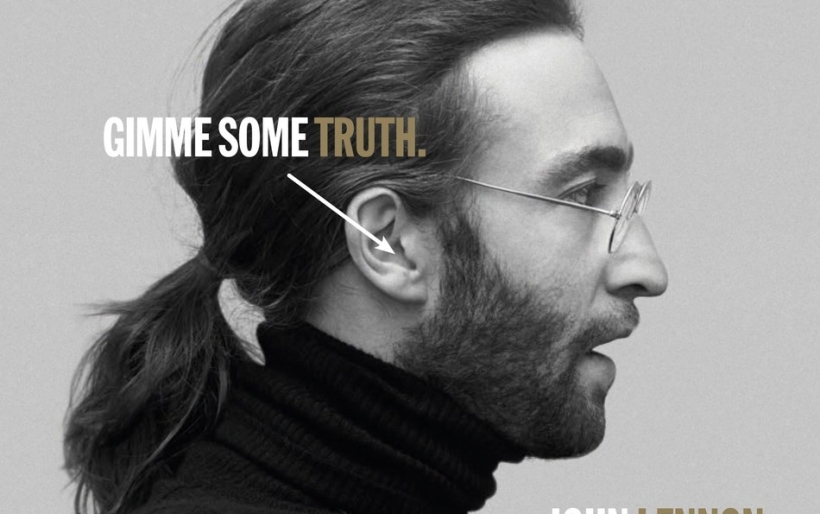 On October 9th, 2020, John Lennon’s 80th birthday, in celebration of his remarkable life, a collection of some of the most vital and best loved songs from his solo career will be released via Capitol/UMe as a suite of beautifully presented collections, titled GIMME SOME TRUTH. THE ULTIMATE MIXES.

A new collection featuring remixed, remastered versions of 36 of John Lennon‘s solo tracks will be released this fall to commemorate what would have been his 80th birthday. Yoko Ono and Sean Ono Lennon curated and executive produced the collection, which is called Gimme Some Truth. The Ultimate Mixes.

“John was a brilliant man with a great sense of humour and understanding,” Yoko Ono writes in the book’s preface. “He believed in being truthful and that the power of the people will change the world. And it will. All of us have the responsibility to visualize a better world for ourselves and our children. The truth is what we create. It’s in our hands.”

Gimme Some Truth. The Ultimate Mixes. was mixed by Paul Hicks and engineer Sam Gannon. The final mixes were completed at Henson Recording Studio in LA using vintage analog equipment, and mastered in analog by Alex Wharton at Abbey Road Studios.

According to Hicks, “Yoko is very keen that in making The Ultimate Mixes series we achieve three things: remain faithful and respectful to the originals, ensure that the sound is generally sonically clearer overall and increase the clarity of John’s vocals. ‘It’s about John,’ she says. And she is right. His voice brings the biggest emotional impact to the songs.”

Listen to the new mix of “Instant Karma! (We All Shine On),” which was first released in 1970, below and pre-order Gimme Some Truth. The Ultimate Mixes.here.