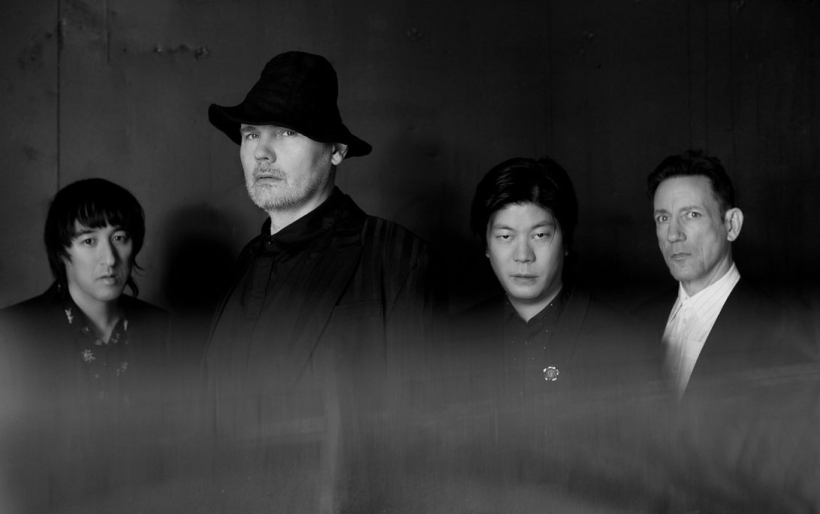 It’s been two years since Smashing Pumpkins founders Billy Corgan, James Iha, and Jimmy Chamberlin reunited with guitarist Jeff Schroeder for Shiny and Oh So Bright, Vol. 1 / LP: No Past. No Future. No Sun. Now, the band announced a new album via Sumerian Records. While no name or release date have been confirmed yet, the Pumpkins did release two new singles, “Cyr” and “The Colour of Love.”

Shiny and Oh So Bright was largely a return to form for the Chicago four-piece, who rose to fame in the 90s grunge scene. The new singles, however, have a poppy, synth-heavy sound that channels 80s new wave more than anything else. Corgan described “Cyr” as “dystopic folly,” saying the song is “one soul against the world sort of stuff, set against a backdrop of shifting loyalties and sped up time. To me it stands as both hopeful and dismissive of what is and isn’t possible with faith.”

Longtime Smashing Pumpkins collaborator Linda Strawberry contributed a performance video to “Cyr.” She described the visual as “a goth fever dream of pent up emotion — an artistic visual release attempting to create a momentary escape from the emotional black cloud hanging over all of us this year. A dark seduction filmed in quarantine at a social distance.”

Outside of these two new tracks, the band has released little information on their forthcoming album. Corgan told The Tennessean at the start of the year that he was in the process of recording an album, which he described as “the first real album (since the reunion) where we’ve hunkered down and made a classic, ‘Let’s throw it all at the wall and see what happens’ type of Pumpkins record.” He also said that it sat at 21 songs, and would be released as a double later in the year. Meanwhile, the Smashing Pumpkins website currently shows a series of countdowns, the first of which has elapsed already, perhaps signaling the most recent release.

Listen to “Cyr” and “The Colour of Love” below.