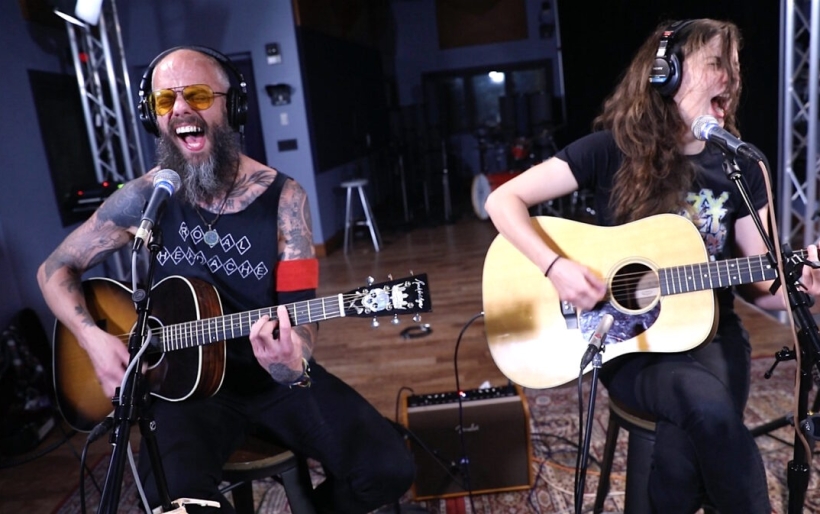 6ABC’s Matt O’Donnell goes to 11, picks his all-time favorite songs for The 2020 Countdown

For the fall of 2020, WXPN is once again asking its audience to help choose the 2,020 greatest songs of all time. While the voting period is open, we’ve asked prominent Philadelphians and some of our favorite musicians to share their favorites to get us thinking about our lists. Today, we present a list from 6ABC’s Matt O’Donnell, who dug into the worlds of heavy guitar rock and punk, with a side of hip-hop and pop, for The 2020 Countdown. Check it out below and cast your vote here.

I first heard this when I was a child listening to a Sabbath compilation cassette (ah, cassette tapes). The harmonica intro threw me a curve ball, Iommi’s guitar licks instantly hooked on heavy metal, and the starts and stops of this song made me want to pound some drums.

I was blessed to be able to sit down with South Philadelphia boogie master Adam Weiner on a piano and learn the story of how this song came to be. He told me it was originally called “On the Train” but then evolved into a song about a down-on-her-luck troubled lover named Beverly who might have some hope, or might not. This ballad cannot be improved.

The theme here is so cliché – start a band, give it your all, see it all fall to pieces. But it’s just so good. The words “those were the best days of my life” can have such personal meaning to anyone who loves rock music, even though the statement is so broad. You’re young, you’re irresponsible, you think you’re independent, your biggest problem is a broken guitar string and an open vocalist position…doesn’t seem all that bad now!

The power this Swedish band was capable of before their first disintegration was astonishing. The drama, the peaks and valleys of this track provide some of the most intense songwriting I’ve ever heard. It can get an entire arena to stand up. Maybe a whole planetary system. Whoo!

John Baizley, another local artist I had the pleasure to meet, invited me to his house/studio to talk about his band’s career, his ideas behind composition and art, and Gold & Grey, the album that features this song. I told him I thought Broken Halo was the best song Baroness ever wrote. I still think that. Baizley is a true artist who deeply cares about his music and how it is seen from every angle. That totally comes through with this song.

My favorite rap group of all time. They stood out to me because they carried an honest, but forceful political message about race, one that so many more of us are talking about now. I could recite every lyric Chuck D laid down on this ferocious hip hop standout. I still can. There was a ton of positivity coming from Public Enemy, even as they pointed out the many things that lead to what we now call systemic racism.

This may be a difficult one to swallow for the average WXPN listener. I love the buildup to the song, the lush, acoustic sound coming from the double bass kicks, the spacing of the guitars and the atmosphere the overall track creates. The musicianship from these Brooklynites is outstanding and almost frightening in virtuosity.

I don’t care if Beavis and Butthead made fun of these guys. Kip Winger and Co. were great technical players! My favorite hair metal ballad from the 1980s/90s by far. Put on a shirt, Kip!

Super uplifting pop song that every now and then replays in my head, makes me happy when it does. More proof that the simple verse-chorus-verse-chorus-bridge-verse-chorus template just works, dude! Lisa made wearing glasses cool.

Another toughie for WXPNers, but I implore you, listen to the layering of this song, the shifts in styles, tempos and moods and the unique drum fills. The track’s roots are in the shoegaze movement popularized by 1990s bands like My Bloody Valentine. From that canvas, Alcest applies a blistering extreme metal attack that makes this so dynamic and enjoyable. Give it a solid try – listen to this whole thing through. I will thank you!

If you have heard of Nechochwen, I’m greatly impressed. The song is a mournful tune about the death of the Native American Shawnee leader Tecumseh. It weaves and wanders and entrances the listener. Acoustic magic.