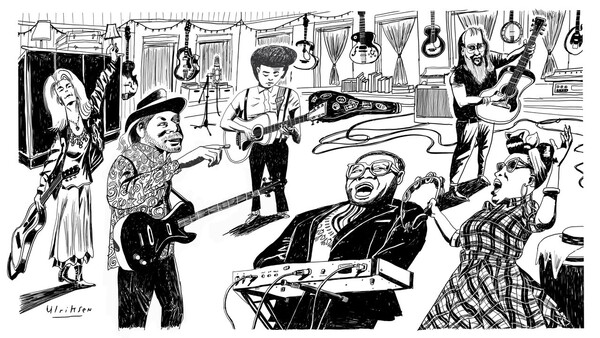 As Hardly Strictly Bluegrass marks its 20th anniversary this year, the annual celebration of roots music will be happening virtually in next month’s Let the Music Play On broadcast.

What started out as a way for Warren and Chris Hellman to share their favorite music with their community has, over the last two decades, turned into an annual festival at San Francisco’s Golden Gate Park that typically draws up to 750,000 attendees.

Though the festival can’t happen in person this year, Hardly Strictly Bluegrass will continue its tradition of pairing roots music legends alongside up-and-coming artists. Artists that have been announced so far include Emmylou Harris, Buddy Miller, Steve Earle & the Halfgrass Dukes, Alison Brown, Yola, The War and Treaty and Amythyst Kiah.

“It was always the first date I would put on my calendar,” says Emmylou Harris. “Whatever else I do in a particular year, the first weekend in October I am going to be in San Francisco at Golden Gate Park in Hellman Hollow playing Hardly Strictly Bluegrass. I’m really grateful that we’re going to carry on in some way this gift that Warren has given to musicians, and really music lovers, everywhere.”

Let the Music Play On streams live on October 2nd to the 4th. In addition to new performances, the festival will also highlight archival sets and memories from previous years. Find more information at hardlystrictlybluegrass.com.

Hardly Strictly Bluegrass recently launched the Hardly Strictly Music Relief Fund to support the Bay Area music community during the COVID-19 pandemic. The $1.5 million effort “seeks to recognize, appreciate, and care for the people who lend their creativity, heart, and hard work to the American roots music ecosystem in the Bay Area.” Read more here.