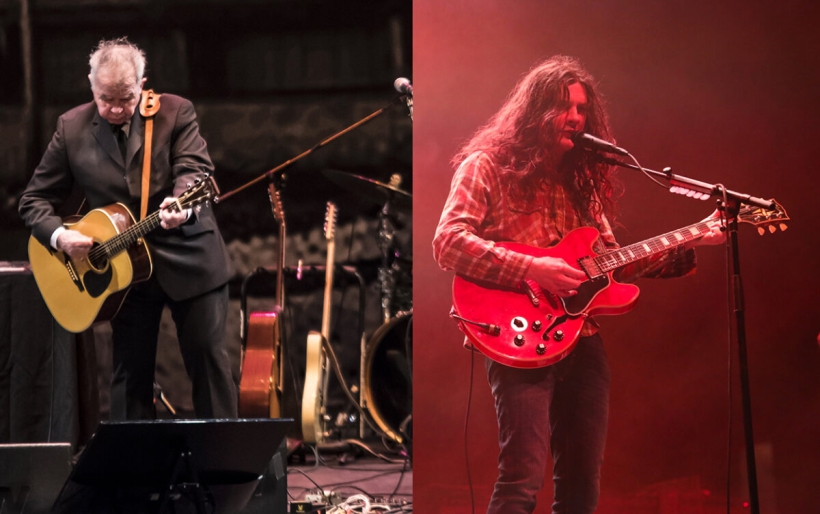 Listen to Kurt Vile and John Prine duet on “How Lucky”

Philadelphia singer-songwriter Kurt Vile is an avowed devotee of the late folk icon John Prine: he’s covered his music and rhapsodized about his influence, opened for him at the Merriam Theater, and now, shared a studio recording with him.

On the just-announced Speed, Sound, Lonely KV (ep), due out October 2nd on Matador, we’ll get to hear Vile covering two Prine songs: “Speed of the Sound of Loneliness” from 1986’s German Afternoons, and the newly-released “How Lucky,” from 1979’s Pink Cadillac.

The version of “How Lucky” is based around deft fingerpicked arpeggios — a longtime hallmark of Vile’s style, but in this context, it’s clear where the influence came from — with lyrics about wandering, contemplation, and fortune. Vile takes the first verse, Prine delivers the second, and they join their voices on the final one: “There was all these things that I don’t think I remember. / Hey, how lucky can one man get?”

Vile shared loving reflections about recording the song on Instagram:

@John_prine was my hero for a long time when he came into the butcher shoppe to recut one of his deepest classics with me and, man, I was floating and flying and i couldn’t hear anything he told me while he was there till after he was gone for the night. speaking of John talkin to me, well, his songs, they speak to my soul. that’s the real reason I picked them to play.

Listen below, and preorder the EP at Matador records; it also features two new KV songs, “Dandelion” and “Pearls,” and a cover of “Gone Girl” by “Cowboy” Jack Clement. After Prine passed away this April, Vile took part in the virtual tribute concert to him, Picture Show, which will re-air on October 10th.