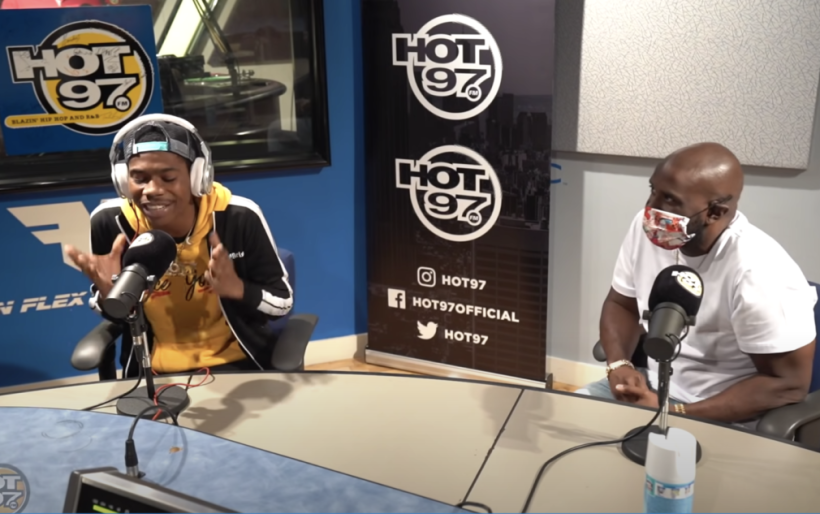 If you couldn’t tell by the 5:21 mark of LGP Qua’s Hot 97 freestyle, you’d know based on Funk Flex’s reaction that the North Philly rapper was spitting pure fire. During the 6-minute freestyle, LGP Qua possessed an ineffable delivery that is hard-matched to many of his peers.

While LGP Qua and West Philly’s Sim Santana are arguably equally yoked in notoriety and groundswell, Qua’s thoughtful critique of the prison system and reflection on street life is a breath of fresh air compared to Santana’s murder-murder gunplay content preference (which is valid and insightful in its own right). Being “voice of the youth”, in his freestyle, LGP Qua was able to bring nuance and context to the struggles that young Black Philadelphians experience on the day to day.

One particular standout line was “We screaming stop the violence. It’s crazy but it ain’t stopping. / Over these last four months, we had over 48 homies. / They don’t give a fuck about the hood, I thought I should mention it. / The rich getting richer, the poor just getting a stimulus.”

Summers in Philly always seems to be more violent than other seasons. Mix that with neighborhood gang wars, restlessness, and loss of income due to the pandemic, you get a more subversive unreset that can really only be recognized by those who are in the trenches…and LGP QUA is knee-deep.

The freestyle was released just one day after LGP Qua posted a video on his Instagram of him rapping outside of Curran-Fromhold Correctional Facility. In 2017, Qua was released from prison after spending 18 months locked up for a gun charge. Even though he can be tagged as a “positive rapper”, he is not exempt from the pitfalls that come along with growing up in a city like Philadelphia.

This freestyle not only proved that LGP Qua is next up in Philly but also that the has the skills and intelligence to propel his career to new heights.