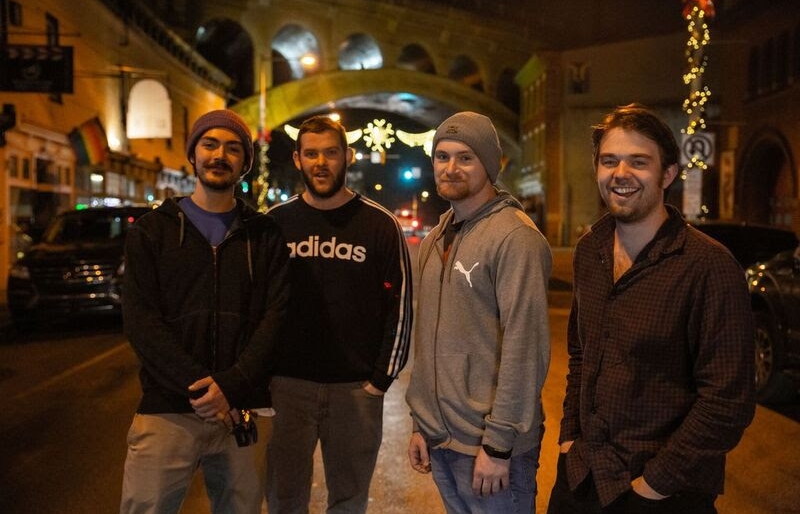 The Tisburys | photo by Dylan Eddinger | courtesy of the artist

Americana and folk influences have been typical ingredients in The Tisburys’ sound, but their upcoming album Sun Goes Down is going in a different direction. “Broken Wing,” the third and final single from the Philly-based band’s debut full-length, solidifies their endeavor to depart from their standard style, harnessing jangle-pop guitars and a punchy rhythm that’d keep pace with Hüsker Dü, while maintaining the poppy melodies and lyrical storytelling of frontperson, XPN writer and Riverby member Tyler Asay.

Like the collage album art, the single’s lyrics are full of nature imagery, and Asay maintains the storytelling element of his songwriting we’ve heard in previous singles, “Walk Away” and “Fading Light.” “Broken Wing” features a guitar melody resembling the uplifting lead in The Beatles’ “Here Comes The Sun” and quick rhythms, highlighting hope in Asay’s raspy voice as he sings of holding onto love: “My wings are almost broken / My song is out of tune.”

From the emphasis on the upcoming project having slightly different sounds — roots to folk to classic rock — to the overarching themes of shifting tides, endings, and both internal and external conflicts, it is clear that intention and purposeful songwriting were an important factor in the making of Sun Goes Down.

Had they been born in a different era, The Tisburys would fit nicely in a lineup among the likes of Bruce Springsteen,R.E.M., and The Replacements, to name a few. “Fading Light” makes you feel like you should be outdoors watching them rock out from a summer stage in 1986 — though we’ll happily take a Dawson Street Pub show in 2021.

The debut album Sun Goes Down is set to release October 23 and is available now for preorder. Listen to “Broken Wing” here.