Brittany Howard, Dave Matthews, Phoebe Bridgers, The Roots and more will play three-day Save Our Stages fest for NIVA - WXPN 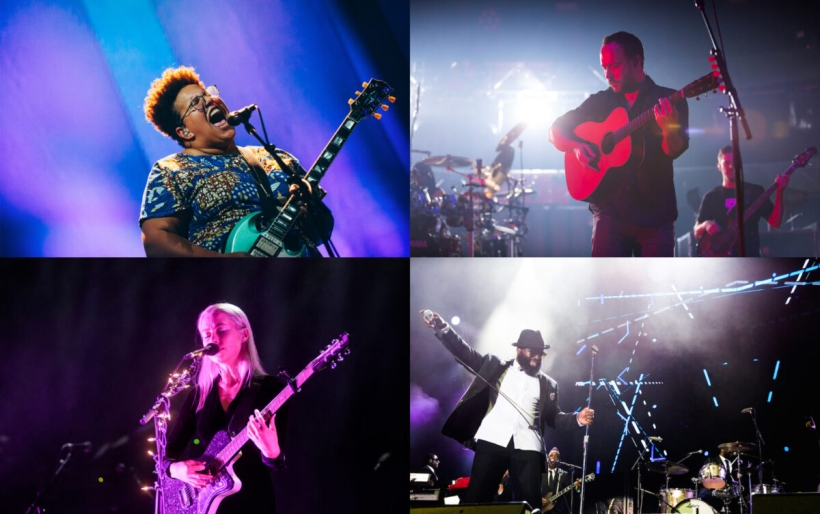 Brittany Howard, Dave Matthews, Phoebe Bridgers, The Roots and more will play three-day Save Our Stages fest for NIVA

As the United States enters its seventh month dealing with the COVID-19 pandemic, independent music venues are still empty and rapidly disappearing across the United States. In efforts to preserve live music, YouTube Music and the National Independent Venue Association (NIVA) are teaming up to host Save Our Stages Festival, #SOSFEST, a three-day virtual festival from October 16th through the 18th. World Cafe Live will be featured as an event venue hosting a performance by electropop singer-songwriter Cautious Clay.

The National Independent Venue Association was started amidst the urgency to aid venues experiencing financial insecurity due to the pause of live music, working alongside artists to raise awareness and funds for its need-based relief grant program. Foo Fighters’ Dave Grohl shared, “The smaller music venues and the ones that are really struggling are not only culturally important, they are emotionally important.”

Stephen Sternschein, NIVA’s Board Treasurer and executive producer of #SOSFEST says the event will help with efforts towards saving the live music scene. As he explained in a press release:

“Our nation’s most-loved venues are fighting to hold on because they’ve had no revenue since they’ve been shuttered by the pandemic in March. It’s been brutal to watch as scores of them go under through no fault of their own while we continue to push for the Save Our Stages Act to pass. #SOSFEST will help save many of our nation’s most vulnerable and treasured venus by providing a lifeline to make it through this devastating time as we wait for federal relief. We’re beyond grateful for the support from the artists, venues, and production professionals, YouTube, Anheuser-Busch, and the countless volunteers who are all making this possible. Now the public has the ability to make a difference, too, by donating to the NIVA Emergency Relief Fund. It’ll be fantastic to see #SOSFEST artists back in our rooms, and I can’t wait to see their performances.”

#SOSFEST will be hosted by Reggie Watts, and features performances from 35 artists recorded live from more than 25 treasured independent concert venues across the country. Appearances include an intimate set from Brittany Howard, Foo Fighters, Dave Matthews, Phoebe Bridgers, The Revivalists, The Lumineers, The Roots and more. The event will live stream in its entirety on YouTube where viewers can donate directly to the NIVA Emergency Relief fund.

Save Our StagesFestival will be streaming here from October 16-18. Check out the trailer and full lineup of artists and venues below.