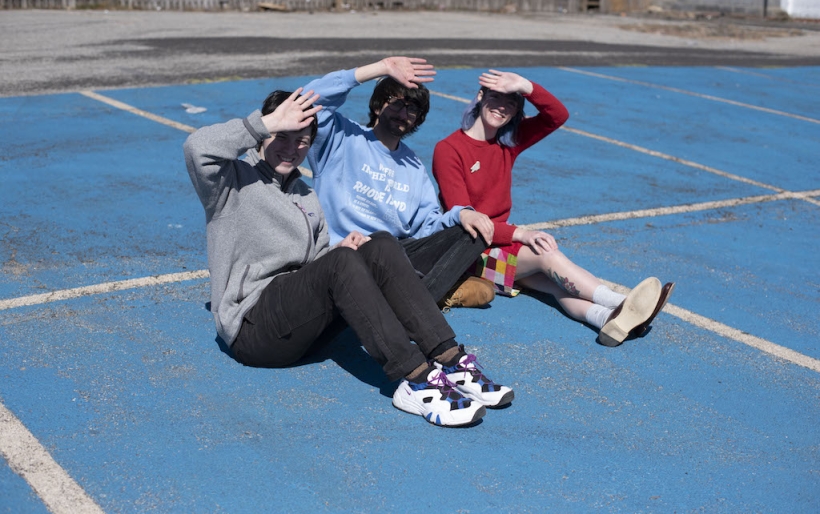 One of the most charming things about music is the shared experience of listening, whether it be from a song that resonates with you and someone else, connecting to the artists’ work or any other way in between. Another Michael’s “New Music,” unpacks this sensation as the band sings about the simple yet exhilarating act of listening to new music, particularly when recommended by someone else. “We were up late online talking about new music / and you sent me a link to a song that I’d never heard before / I need to get my headphones on.”

The Philly-based group, made up of multi-instrumentalists Michael Doherty, Alenni Davis, and Nick Sebastiano, draws on numerous genres in their new track, from indie-rock to dreamy lo-fi elements. The song’s raw, guitar plucking-led instrumentals leading up to a lively outro of Michael Doherty’s layered vocals create an intimate world with the dark solaces of the nighttime further enhanced by an escape into headphones.

The “New Music” single was released on Bandcamp last week with B-side “Boring For The Times”— a more upbeat track with a heavier guitar riff accompanying Doherty’s high-pitched vocals. It sounds like a combination of Philly’s (Sandy) Alex G’s ragged indie rock-meets-lo-fi pop, the eccentric sounds of Zack Villere, and all pulled together with their unique flair. The different styled approaches to each track are together a preview of the three-piece’s upcoming debut LP that “listeners won’t have to wait long to hear more from,” according to the group’s Bandcamp.

The new project which follows their 2018 EP Land is marked full of firsts, being released via their new label Run For Cover Records and arriving from their new home base in Philly. The group’s move from Albany following Land served as an indication of their “growing friendship and belief in each other on a personal level, as well as on a musical level.” Combined with their eclectic, dreamy sound and formed chemistry together as a band, their debut LP has a promising outlook.

Check out “New Music” and “Boring For The Times” below and grab a download on Bandcamp here.