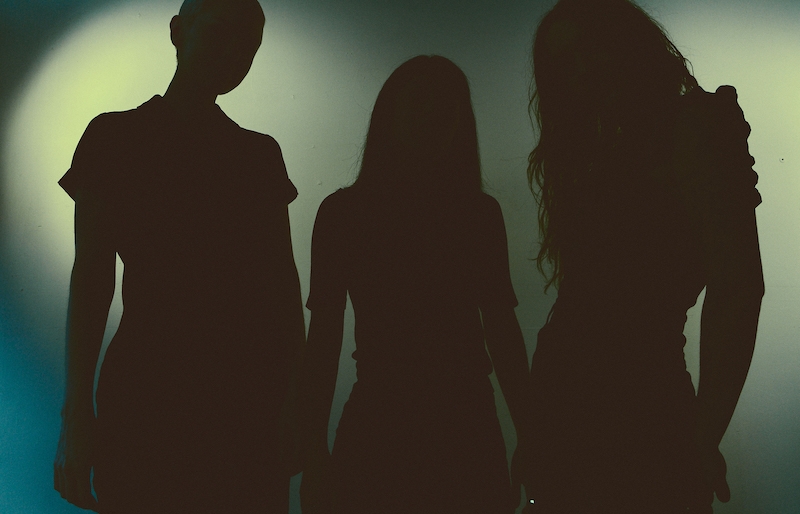 The psych rock Philly Trio Total Rubbish is a refreshingly modern revival of the many crossroads of 90s rock. Their debut single “Honey Rider” arrived in a defiant fashion and they are back just as strong in their new track “What’s Your Damage?” and its accompanying video.

The band is made up of bassist Bre Steineldt, guitarist-vocalist Cass Nguyen, and drummer Kiki Schiller, and they pull on a multitude of inspirations. Their heavy guitar riffs and airy vocal melodies draw on elements of shoegaze, lush’s 90’s dream pop and psych-rock. The Dandy Warhols and The Velvet Underground are listed as some of their heroes, and we hear their influence within the sonics of Total Rubbish’s modern sound.

“What’s Your Damage?” features a loud guitars and distanced vocals that are intense yet soothing at the same time. The vocals break off and collapse into a clear layered background harmony, an element that mirrors similar elements of The Dandy Warhols’ “Not If You Were The Last Junkie On Earth.” While there is an admittance of mixed emotions caused by someone else, the band’s sound exudes confidence: “Tell me that you want me / your feelings have got me spinning circles around my head.”

Guitarist Cass Nguyen described the song and its video as something made for the enjoyment of the band, and talks about the empowerment of self-expression. She told The Key: “The song itself speaks to past relationships, but we wanted to make a video that was for us! The video is directed, shot and edited completely by the three of us — we wanted to show those boys that we could do it, and do it better!”

The beach at Wildwood, New Jersey, is the backdrop for the music video that channels the group’s chic coolness, with them often singing down or up-close to the camera, providing a power gaze that only enhances the badassery of their collective sound. These aesthetics in the music video often reflect over to their cover art and photos, as seen on their pleasing Instagram, evoking the light diffused and warm gloominess of their overall ambiance.