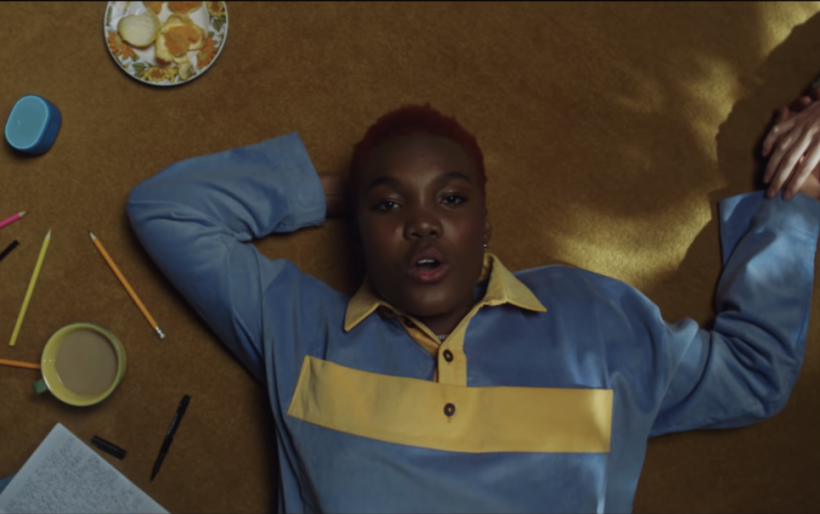 In the latest track from British singer-songwriter Arlo Parks, the influence of personal identity and experience is evident between her lyrics and soulful delivery. “Green Eyes” was released this week with an accompanying video and announcement for her debut album Collapsed in Sunbeams.

As a writer beyond her music, Parks’ catalog of songs often tap into poetic form, with breathtakingly rich lyrics. “Black Dog,” a previously released single that will also appear on Collapsed in Sunbeams, is a devastating example of her pristine lyrics, named after Winston Churchill’s figure of speech for depression. Parks adds words to the often indescribable complexity of dealing with depression or witnessing a loved one go through it: “I’d lick the grief right off your lips.” Her angelic, soft vocals add to the emotional demeanor of her songs.

Parks’ lates, “Green Eyes” is embellished in intimate storytelling as well, but takes a different form as it navigates self-acceptance in a queer relationship. Particularly, Parks seems to be speaking to an ex-lover who was not comfortable being expressive in their relationship: “Some of these folks wanna make you cry / but you gotta trust how you feel inside.”

The song’s music video shows a mellow Parks looking on and singing about this complicated time in an attempt to reassure this person. Visually, the video is simple, but its detail adds important elements that tie into Parks’ emotions, like a hand slowly letting go of hers and moving out of frame when she sings, “Of course I know why we lasted two months / Could not hold my hand in public / Felt their eyes judgin’ our love.”

Parks described the single via Twitter as being about “self-acceptance, nostalgia and existing in love.” Singer-songwriter Clairo adds background harmonies and guitar to the track, an appropriate contribution sonically with her gentle vocals as well with her most recent music largely centering around the navigation of her own queer identity.

Watch Arlo Parks’ “Green Eyes” below and pre-order Collapsed in Sunbeams, out January 29, here. Parks also recently teamed up with Phoebe Bridgers for a cover of Radiohead’s “Fake Plastic Trees,” which you can listen to here.