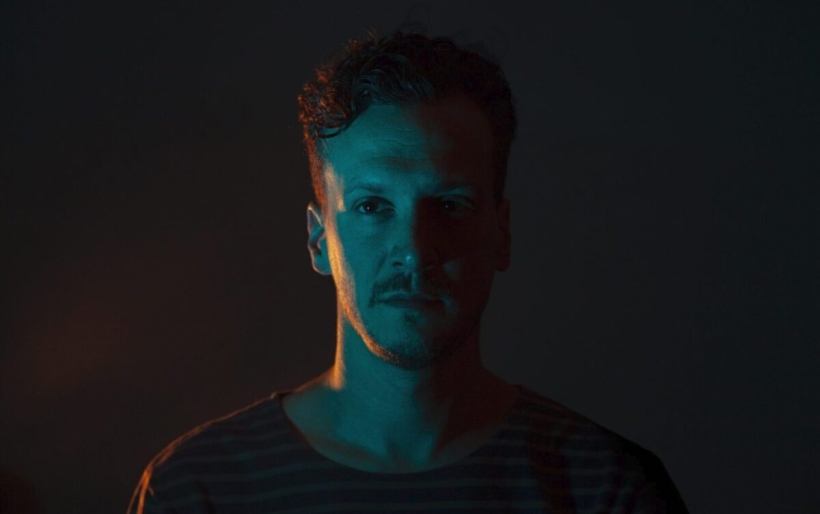 Cerebral Philadelphia psych-rock outfit Mock Suns burned bright in the early 20-teens, moving in step with the Grizzly Bear zeitgeist on 2012’s Here Nor There, and swimming in Pink Floyd-ian soundscapes on 2014’s dazzling Santander / All That I Knew. Following 2015’s Out of the Blue, primary songwriter Greg Puglese carried the band forward as a solo pursuit of sorts, and the new self-titled record is Mock Suns’ first release in four years.

Guided by woozy drums and booming synthesizer bass, celestial instrumental leads and spirited melodies, Mock Suns 2020 iteration is very much in sync with current luminaries like Tame Impala, and Puglese uses this backdrop to explore contemporary anxieties that were a thing even before COVID.

The effervescent “Nobody’s Watching” is at once brightly optimistic and full of existential dread: “dance like nobody’s watching / ’cause nobody is,” Puglese sings, making a bright statement of self-assurance and making a Zen-like realization of one’s own insignificance. The dreamlike, vividly-titled “The First Ever Image of a Black Hole on an Apple Cinema Display” channels nostalgia, longing, and love into a soundscape of keyboard drone and classic sax riffing, a bold assertion of life as one drifts into oblivion.

As the record unfolds, we hear meditations on living in the now, getting trapped in one’s own head, searching for comfort and meaning in a chaotic world, and realizing that those comforts often come in the humblest of happenings.

Ahead of tomorrow’s release of Mock Suns, we’re happy to present you with a full stream of the album, along with a track-by-track breakdown written by Puglese. Listen and read below.

“Full Time” is about relishing the moments where you really feel alive — when you feel like you’re truly doing what you were put on earth to do. It’s about longing to feel that way all of the time and coming to terms with the possibility that you might never be able to.

This is one of the more open and direct songs I’ve written. It’s about imagining scenarios that could have transpired if social anxiety weren’t such a big hindrance in my life.

Enchanted Forest is a defunct amusement park in Ellicott City, MD, that I frequented with my grandmother as a child. I sort of used it as a metaphor in this song for the world I go to when I get to be creative. Even though it might seem decrepit, out of date, and empty, it’s still magical to me. Nietzsche said that “No artist tolerates reality,” and that’s another thing that I thought a lot about while writing this song.

I like the ambiguity of this song. It feels a bit ghostly and haunted to me, both in the music and the lyrics. It’s essentially about something — a person, an idea, whatever — feeling nearby, but not quite close enough to touch or materialize. Nonetheless, it’s a presence that feels comforting.

“Nobody’s Watching” is a lot of different things to me. It’s a nihilistic shrug. It’s a drown out cry for attention. It’s a struggle to connect. But most of all, it’s a song about getting over yourself and realizing that the world isn’t the set of a film starring you — embracing that idea, and finding freedom in anonymity.

6. “The First Ever Image of a Black Hole on an Apple Cinema Display”

The long winded title of this song is a nod to the notion that many of the world’s most profound experiences will only be available to us via screens — screens sold to us by companies that have become so ingrained in the way we experience life that it’s difficult to imagine how we’d live without them. It’s an idea I find disheartening, fascinating, and terrifying, all at the same time. The song is the only instrumental track on the album, with the lead saxophone line composed and performed by Melbourne-based multi-instrumentalist Hugo Lee. During quarantine, I learned After Effects to create the first half of the video, and shot the second half in my living room on a white seamless.

This one’s pretty straightforward — it’s a song about being a control freak. It’s a little bit about having a bad trip and questioning whether you can really handle psychedelics, but also just being resistant to change in general. I suppose the two go hand in hand.

An old friend of mine used to use “Get a New Dream” as his Instagram handle. I never asked why, but the phrase always struck me as both unapologetically blunt and hilarious at the same time. The song is about aging, not living up to the level of success you’d hoped for, and feeling eclipsed by a younger generation.

The chorus for this one took awhile to come together but I’m pretty happy with how it came out. I guess in its simplest form, this is a song about being a constant bummer. It’s about trying your hardest to be present, to be optimistic, but just relentlessly failing. It’s about realizing how your disposition affects those you’re closest to, and feeling badly about it.

This song is about becoming something you never really intended to be, something you kinda hate, and questioning how the hell you got there. It’s about getting caught up in status and material things and wanting to correct course but feeling too deep in it to be able to.

This song was inspired by a passage from The Sheltering Sky, a 1949 novel by Paul Bowles. The passage talks about how there are a finite number of times that we’ll do everything in our lives. It’s a bit of a panic-invoking thought that makes you really want to make the most of every visit with your parents, every trip to the beach, whatever it may be. Taking it a step away from the context of the novel, it’s a song about not being able to fully enjoy those moments because you’re too preoccupied with their endings.

This song is a bit of a reprisal of the theme from the opening track, “Full Time.” It’s about realizing that you may not achieve everything you’d like to, but learning to be content with being a dreamer.

Mock Suns’ self-titled album is out on Friday, October 23rd; stream and download it here.