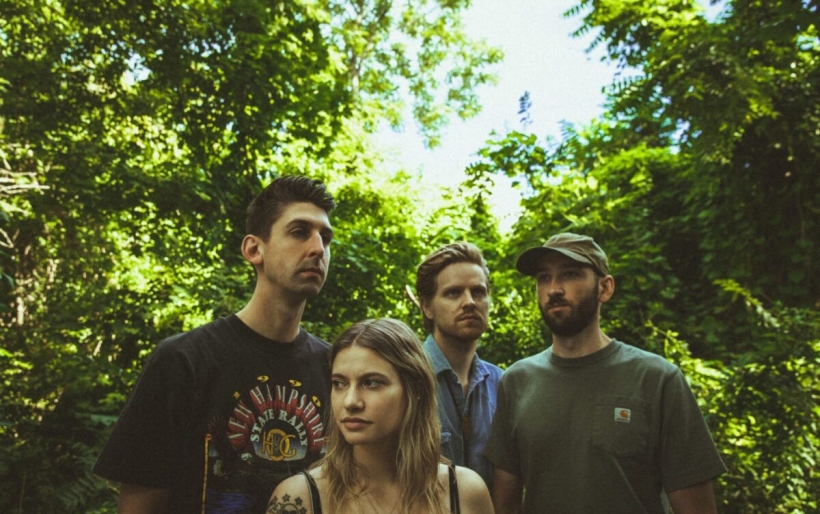 Tigers Jaw just announced that their next record, I Won’t Care How You Remember Me, will be released March 5, 2021 via Hopeless Records. Produced by the band and Will Yip, it’ll be the Scranton natives’ sixth album.

The video for the first single “Cat’s Cradle,” directed by Drew Horen and Lauren H. Adams, is out now, and draws its visuals and aesthetics from the rich textures of the album’s cover art.

“Cat’s Cradle” was written by vocalist Brianna Collins, who says the song is “about the realization that no matter how much love, effort and consideration you put into a friendship, sometimes it just isn’t enough to make it work.”

“The lyrics reflect on how being passive aggressive and not communicating directly can just lead to tension, confusion, and frustration in any relationship,” Collins adds. “Confrontation can be really challenging, especially when you’re worried about how what you feel might make someone else feel, and I have the tendency to suppress my own concerns and apologize first. With this song I wanted to acknowledge my own thoughts and emotions without feeling bad for having them.”

Though Tigers Jaw has been performing in its current lineup since 2013, I Won’t Care How You Remember Me is the first album that sees all four members collaborating on the songwriting process. They’ve also amped up the energy for a lively sound that emphasizes the power of human connection. Watch the “Cat’s Cradle” video below.