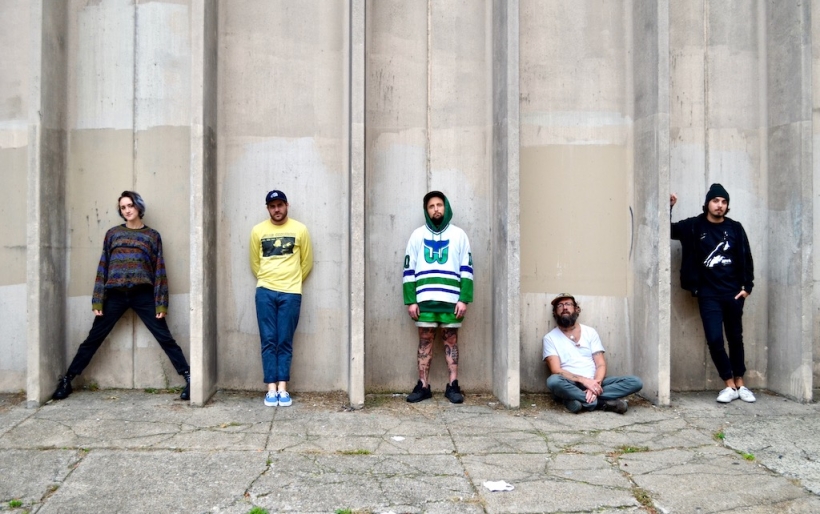 Cigarettes For Breakfast | photo by Nickee Plaksen | courtesy of the artist

Philly’s Cigarettes For Breakfast draw on everything about shoegaze: the sound, feelings, and associated aesthetics while adding their contemporary take on the 90s sound. On their debut album, Aphantasia, they are looking ahead — not down, or back — as they tap into new sonic horizons.

The album is named for a condition that hinders the ability to voluntarily visualize mental imagery, evoking similar psychological feelings to the effects of shoegaze that leave the listener’s head a bit cloudy and hazy. According to the band’s bio, the title “emerged from the stress of living in a world where people fail to see the big picture.” Thinking clearly and identifying separate parts as belonging to a whole are challenged on Aphanstasia, channeling the condition and perhaps embodying the specific frustration that inspired its name.

“Entitlement,” the album’s opener, is ladened with heavy guitar before meeting the distant sotto voce vocals of Donnie CoCo. At its closure, “Entitlement” transitions to a dream-like interlude on “Reaching out with Open Arms in the Rain,” briefly setting the mood with a clear guitar line and afar vocals. The transition between overwhelming volume and softer, glimmery interlude soundscapes is common on the record, as seen on the album’s ethereal title track.

The tracklist’s midpoint at “Breathe,” “Home,” and “Quarantine” showcases the sonic blending of shoegaze to create a full and fuzzy wall of sound. The obscured vocals of CoCo and bandmate Cameron Kynett meet one another, contrasting to form a mesmerizing, dreamy effect downplayed by the intense reverb and distortion of the guitar. “If Someone Could Help Me, Please” closes out the project, mixing the atmospheric elements of the track’s tranquil interludes with the approach of amalgamated sounds curated on each track.

Aphanstasia hits every element of Cigarettes For Breakfast’s fore-runners of My Bloody Valentine, Slowdive and Ride, balancing noisy instrumentation, haunting vocals floating within, and more subtle and entrancing blended melodies. Its eerie, psychedelic sounds tie into both the genre and album title, serving up music of the mind in its all-consuming effects.