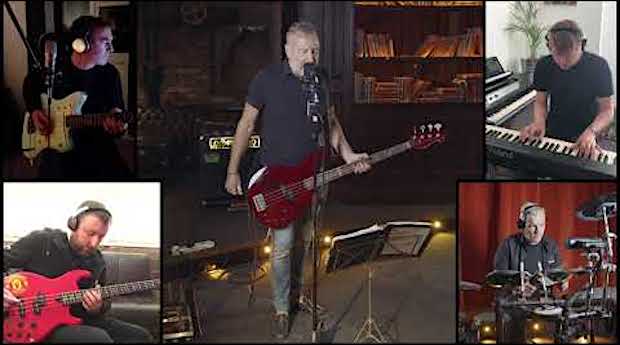 Peter Hook and the Light | still from video

Hook, along with drummer Georgia, appears on “Aries,” the third single from the project, originally released back in April. “Aries” is a grooving New Wave track, with an infectious bass riff, courtesy of Hook himself.

Hook recently performed “Aries” live with his touring band, The Light. Hook no longer performs with or contributes to New Order, following a legal and financial dispute with the remaining members of the band. “Aries” is one of Hook’s first tracks in years. Check out the performance below.