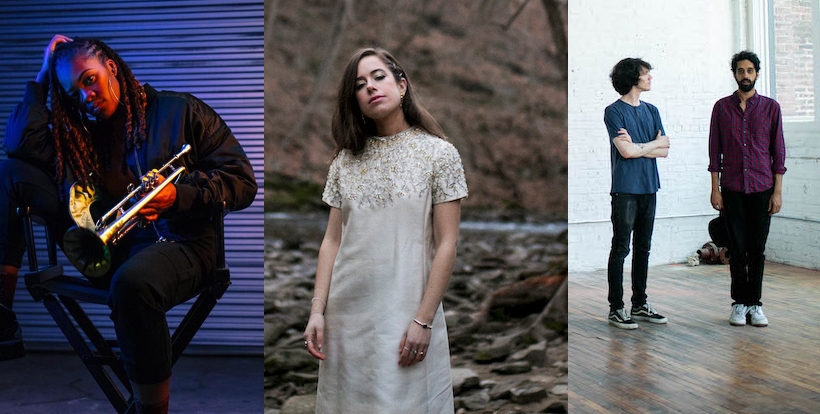 Imaginative Philly instrumental duo Trap Rabbit teamed up with singer-songwriter Sophie Coran and trumpeter Arnetta Johnson to render their own jazz-tinged cover of Mitski’s “Nobody.”

The original version of “Nobody” is a standout track from the indie singer-songwriter’s album Be The Cowboy. Its arrangements are infused with disco and, more specifically, 80s Japanese city pop, to which Trap Rabbit’s Arjun Dube points to as a compelling component they had in mind when they made their own version: “The original version by Mitski is reminiscent of central Asian disco music,” Dube tells us via email. “That is, I have no idea if that’s a real thing, but it’s whatever I heard in the opening credits of the first Borat movie. It’s complex, danceable, melancholy, and cheerful all at the same time. We decided to try and capture that in our own special way.”

Upon its release as a single, “Nobody’s” poppy melody stood atypical to Mitski’s usual sound, but its lyrics fit in with the candid and often somber nature of her artistry. The contrast of the original track will either make you want to dance or wallow in the loneliness that the lyrics speak to, another element that stood out to Trap Rabbit, as Logan Roth explained: “Mitski’s version always resonated with me because it is so upbeat and fun, but when you really listen to the words, you realize it’s not a happy song. To me, the original is an excellent example of using music and art as therapy; creating fun and joy when really you might be the saddest you’ve ever been.”

Trap Rabbit’s rendition of “Nobody” begins stripped-back, with subtle keys floating behind shorter vocal deliveries from Coran. Cymbals start to chime in, accentuating the smoothness of the backing melody accompanied by Coran’s clear voice. Similar to Mitski’s version, it adds new features like the key change in the chorus, and as the track progresses, more elements begin to unfold. At the composition’s end, Johnson’s trumpet adds feelings of anticipation and excitement as Dube’s drums and Roth’s keys build up pace.

The track ends in a much different place than it began, an ode to both Mitski’s deviance from a traditional structure as well as Trap Rabbit’s own exploration of sound and their complex stylistic form of alternative jazz. Roth added a final note about the strength of the collaborative aspect of the track: “It was absolutely necessary for us to make this a collaboration. We need other people to help us sometimes. So, we sought the help of a close friend, Sophie Coran, and we sought the help of someone we’ve always admired, Arnetta Johnson. Thanks to their incredible talents and kindness, we made something beautiful (while also being safe and socially distant!”