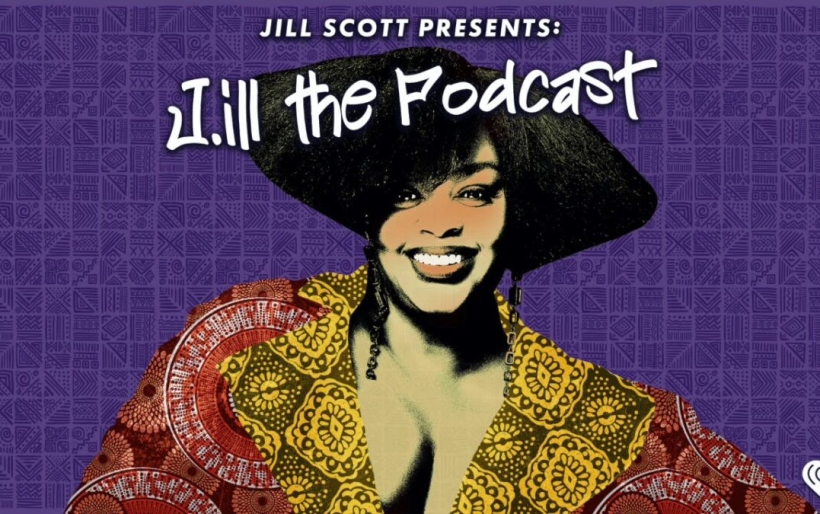 J.ill the Podcast | via IHeartMedia

Listen to the debut episode of Jill Scott’s podcast

Singer-songwriter, poet, activist, and all-around Philly icon Jill Scott has stepped into the world of podcasting.

J.ill (that’s pronounced “J dot ill”) premiered this week via IHeartMedia, and finds Scott teaming up with Philly friends and co-hosts Aja Graydon of Kindred The Family Soul, and producer Laiya St. Clair (who also appears on Questlove Supreme, and was heard on the Philly airwaves on 107.9 a few format flips ago).

Scott’s mantra throughout the debut episode, which released on Wednesday morning, is that the three Philly-rooted women intend to spark conversation through their conversations. “We won’t hold back,” Scott says on the trailer. “There are things that need to be said. It many make you a little uncomfortable, may make you a little angry, may make you want to get up and spark a revolution.”

Episode one of the show finds Scott, Graydon, an St. Clair pondering where — if anywhere — they’d leave the United States for, citing the country’s historical failings when it comes to racial injustice and police brutality. “It’s a big world,” Scott says. “There’s a shitshow everywhere you go. You have the right to choose the shit you want to deal with.”

Scott also reads a poem by Trapeta B. Mayson, poet lauerete of Philadelphia, called “Happiness Is A Private Club.” This leads to a discussion of finding freedom and peace of mind, Toni Morrison, and self-care. The episode also includes a chat with educator and activist Dr. Yaba Blay, where they talk about the various roles and approaches folks can take towards dismantling white supremecy.