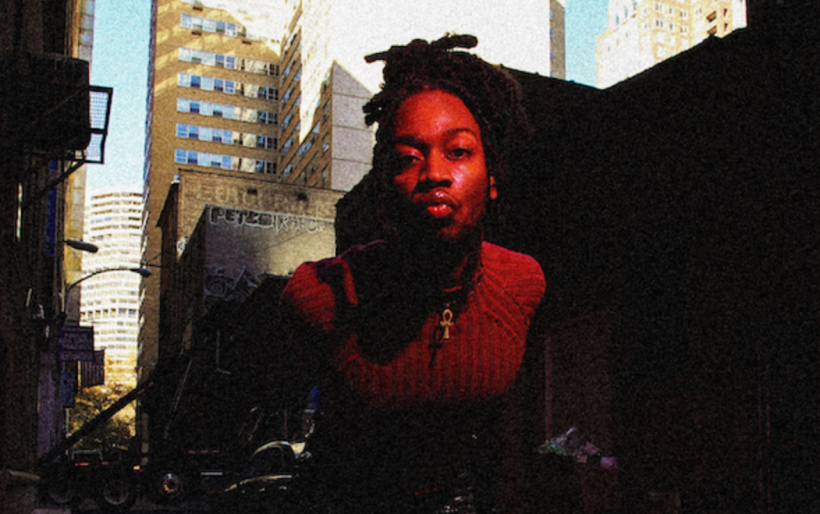 It’s been a journey for Philly’s AnnonXL. While he’s hopped around from sounds of club dancefloors to lo-fi R&B moods, the AnnonXL we see now is coming into what he feels is his truest form, making music for himself.

Annon says he’s departed from old ways in his music, where his authenticity did not shine completely through, but instead, production and arrangements took priority. His latest single “baby’s first time,” out today, sees Annon breaking into this newfound independence, and is a sneak peek into the new lyricism and sonics of his forthcoming album Stupid Cupid. In his next chapter, Annon is leaving no room for superficiality and those close-minded to the expressions of his music but instead is embracing his queer identity and allowing others within the LGBTQIA+ community to align with his messages as well.

AnnonXL spoke via email about his latest song “baby’s first time” — which you can listen to below — as well as the new meaning music carries to him and his upcoming debut LP Stupid Cupid.

The Key:You mentioned in a press release that you sort of got tired of your catalog around the time of the release of your last EP, worrying that your music was just “cool beats and fluffy lyrics.” Can you elaborate on this?

AnnonXL: This was one of those rare occasions where worrying about what the next person was doing actually benefited me. I took a close look at why some of my favorite artists have cult followings the way they do. Studying artists like SZA, Frank Ocean, Sade, Mary J. Blige and even Orion Sun, forced me to face the fact that I wasn’t being upfront in my music. I realized that it was production and melody-driven, while lyrics often fell in last place. The only song that I stand by prior to 2020 is “Canary Yellow.” It was the most honest I had been in my writing. I guess I struck out at 19, haha! I realized that honesty was lacking in my music, so for the past year, I’ve been working tirelessly, always asking myself if I’m withholding anything.

TK: Why is it so important for you to be intentional? Does that mean you have to fully mean every word in your music?

AXL: Because I came from a strict Christian home, I had to have all of my music and friends approved by my mom. So obviously when I began making music at 16, I wasn’t allowed to release much of it. I realized that my lack of pronouns in my music was only due to my fear of my mother never fully accepting me. So for me, being intentional in my writing is a way of me making up for what I couldn’t say before. On my upcoming album, some songs happen to be really short. Mainly because there wasn’t anything more to say. I no longer have any interest in repeating lyrics or sections unless it’s completely necessary to the story or theme. Sometimes there just isn’t that much to say.

TK:You’ve displayed a dynamic sound, sort of hopping around from sounds and genres in your music. On “baby’s first time,” the lyric “I think it’s time for a new identity” really stood out to me for numerous reasons, but one being that it relates to the variety of your sound. What does that sentiment mean to you and how does it apply beyond the sound of your music?

AXL: Learning what being a Gemini rising is explained so much about my artistry. I have NEVER performed the same set twice, and right before the pandemic, I often came to shows with no set prepared. I’m easily bored by routine, so it comes as no surprise that I would become bored with something as trivial as song structure. On “baby’s first time,” I implemented what I’ve often done on my album, Stupid Cupid, and totally abandoned Pop song structure. There is no chorus, no bridge, just energy. There are parts that feel like a chorus, but there’s no real way to tell. I treated the entire song as a chorus, which is why it loops perfectly. Part of this “new identity” is me saying, “f*** it, I’m going to do whatever the hell I want!” Stepping into my femininity. My album is centered around heartbreak induced by a number of men, but “baby’s first time” is actually me breaking up with one of them. Like quite literally. Like when the man who the second verse is about hears this song, DJ, he’ll know that we’ve broken up ahahajajasks! “Got a n*gga but I don’t really think that it’s going anywhere…DJ won’t you change this song.” I’ve never had the opportunity to break up with someone before, but I definitely didn’t imagine it being this chaotic!

TK:What made you come into the sonics we hear on “baby’s first time” and prospectively on the upcoming album?

AXL: Originally, I produced this song for another artist and close friend in back April (for Aleana), but she said that I could have it back after begging for it haha. The thought process and inspiration behind the production on “baby’s first time” is simplicity. Much of my production is still energetic and youthful (in true AnnonXL fashion), but I no longer hide behind it. The first section of the song is simple enough for me to write about leaving home and coming to terms with growing up. But the second half goes into some detail on how I gave away my virginity after leaving home, which was very uncomfortable for me. So instead of avoiding it, I designed and surrounded that section with lots of energy to hype me up so that I could talk my sh*t! I still get nervous at the very end of the song, “b****** & n***** been boring stuck on the same cycle…” because I’m usually a nice person. But sometimes, I feel like people don’t get bored with themselves enough for me. It doesn’t help that the lyrics are accompanied by chords and nothing else LOL.

AXL: All in all, the production matches the lyrics instead of the lyrics matching the production, which is what I was doing prior to this album. Expect a whirlwind of emotions followed by some affirmations to wash it all down. With coveted collaborations from artists like Leeyuh Neptune, Mulch Aikens & Coco and Clair Clair. Daniel Murillo makes a name for himself in a big way with engineering uniquely tailored to the new sound. ALWAYS EXPECT BIG BEATS: I know much of what I’ve shown on social media has been guitar & piano ballads, but make no mistake. My beats are bigger than they’ve ever been.

TK: It’s said that you make music for yourself first and hope to impact fem LGBT+ figures and women second. Could you elaborate on this? How does your music serve as an expression of yourself and also what would you like for members of the LGBTQIA+ community and women to be able to take from away it?

AXL: I am so done trying to please people who would never give my music a listen in the first place. I’ve learned to treat my music as a journal or diary of sorts instead of trying to appeal to playlists or radio. I am a Feminine Black Gayboy and so my music is going to resonate with those alike. Women, cis and trans, have always protected and supported me growing up, so I have a deep admiration and respect for them. I’ve always admired outwardly feminine boys like Zay Ali and Moses The Prophet, but felt like I wasn’t comfortable enough to express the way they do. My writing has become a safe place for me to do so. I want the LGBTQIA+ community to feel protected when listening to my music. It’s safe to feel what you feel and to express your feelings of anger, rage, softness, and romance with no judgment. If you’re uncomfortable with this sentiment, then you’re obviously not deserving of it.