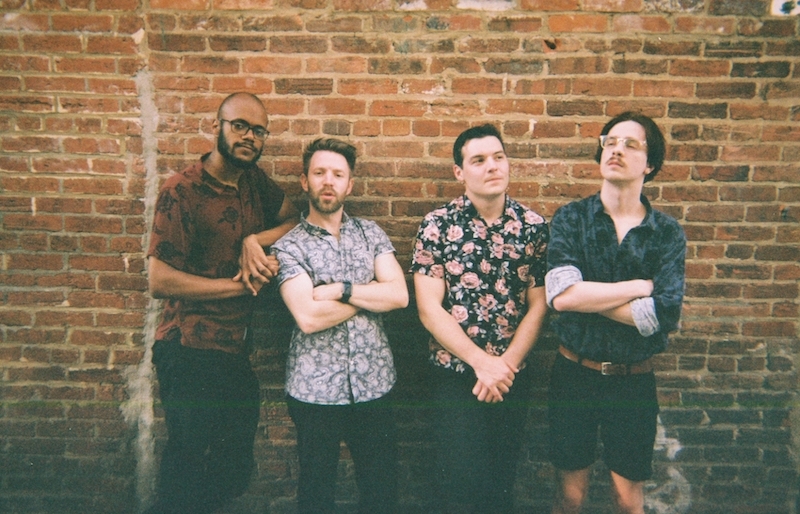 Broke Royals | photo by Rebecca Silverstein | courtesy of the artist

The song was written as part of the group’s live stream series Alone, Together which has had weekly installments throughout the pandemic. Launched in May, each week the band writes, records, and releases a new song, with the final product revealed to the audience and band on the live stream. “This series is Broke Royals’ effort to make a project that is of the times but not necessarily about the times,” the band said in a press release.

With thumping drums, resonating bass and thrilling synths, “Goldbrick Champion” sees Broke Royals take on what it means to be a “goldbrick” — a thing that looks valuable but is in fact worthless — and adorn themselves in the title: “‘Goldbrick Champion’ is not a manifesto to live by but rather a shot in the arm in the darkest hour.”

On the track, the four-piece is joined by fellow D.C. musician Bartees Strange, the DIY / punk artist fresh off the release of his genre-defying album Live Forever. Strange chimes in at the track’s close, “One hand up if you’re overwhelmed / Two hands up if you’re overwhelmed.” The lyrics make shifts between a “fake it till you make it” attitude to the admittance of insincerity.

“Goldbrick Champion” is a lighthearted, upbeat track that’s the most positive form of self-deprecation to come by. For the song’s duration, Broke Royals and Strange celebrate themselves, redefining standard ideas of value and lean into the performative side of what it means to be a “goldbrick,” believing its facade but finding more to be proud of in the act of doing so.

Listen to “Goldbrick Champion” below.