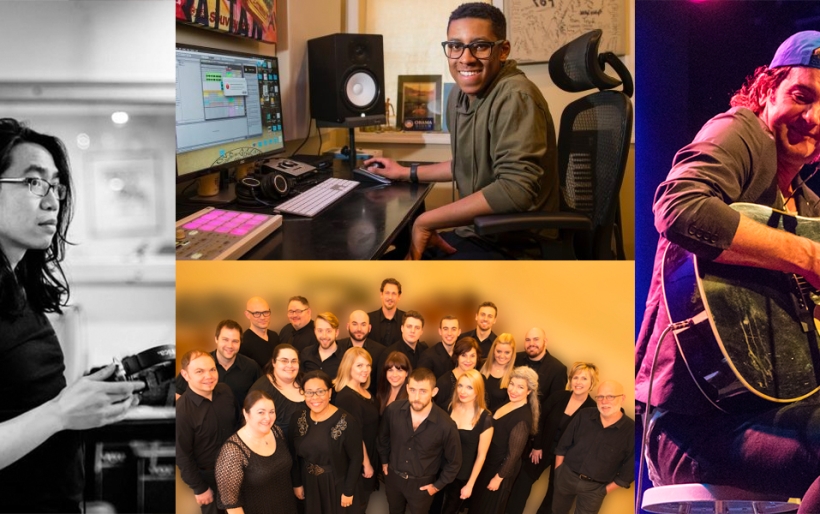 Philly at the Grammys: Who’s nominated?

Philly music made its way to the 2021 Grammys. The nominations for the 63rd annual awards were announced yesterday, and although it inevitably comes with some criticism and disappointment from music lovers, there is plenty of room to highlight this year’s nominations for a slew of musicians with ties in the Philadelphia area.

Hardcore metal group Code Orange‘s 2020 album Underneath was nominated for Best Metal Performance. The Pittsburgh band recorded their latest with Conshohocken’s Will Yip of Studio 4, and the project brings a thrill by fusing genres from grunge to death metal, making for a unique and unpredictable record.

The Baylor Project, featuring married partners Jean and Marcus Baylor, was nominated for Best Traditional R&B Performance with their song “Sit On Down.” Though based in New York City, Jean is a Philadelphia native, and made her name in the industry back in the 90s R&B group Zhané. The soulful track was made during quarantine and its lyrics urge listeners to stay at home and consider the health and safety of others during the COVID-19 pandemic.

Orrin Evans and The Captain Black Big Band‘s The Intangible Between was nominated for Best Large Jazz Ensemble. The group is led by jazz pianist and composer and Philly native Orrin Evans, and its original makeup was largely formed from jazz students and Temple and University of The Arts.

Though Diplo is a global star at this point, the producer / DJ and his Mad Decent collective have strong Philly roots dating back to the mid-00s. His collaboration with SIDEPIECE — the electronic house-tinged “On My Mind” — was nominated for Best Dance Recording.

Philly producer and DJ Bauuer released his second album Planet’s Mad in 2020, and it was nominated in the Best Dance Electronic Album. For additional accolades, the album was mixed by Philly engineer Ryan Schwabe, who does a huge amount of production and post-production work (particularly mastering) for Philly artists of all levels of renown.

Long running alt rock / blues trio G. Love & The Special Sauce was nominated for Best Contemporary Blues Album with The Juice. The project boasts several features and takes on a hip-hop and poppy feel while honing in on old-fashion blues.

In the Best Choral Performance category, two-time Grammy winner and Philly-based chamber choir The Crossing, led by conductor Donald Nally, was nominated for Carthage, a recording of six works by composer James Primosch.

As Temple University enthusiastically Tweeted last night, Ben Thomas graduated in 2018 from Fox School of Business with dreams of winning a Grammy. Two years later, and the nicethingsMusic-affiliated engineer and producer branched out and worked on Ingrid Andreas‘ debut album Lady Like, which snagged a nomination for Best Country Album.