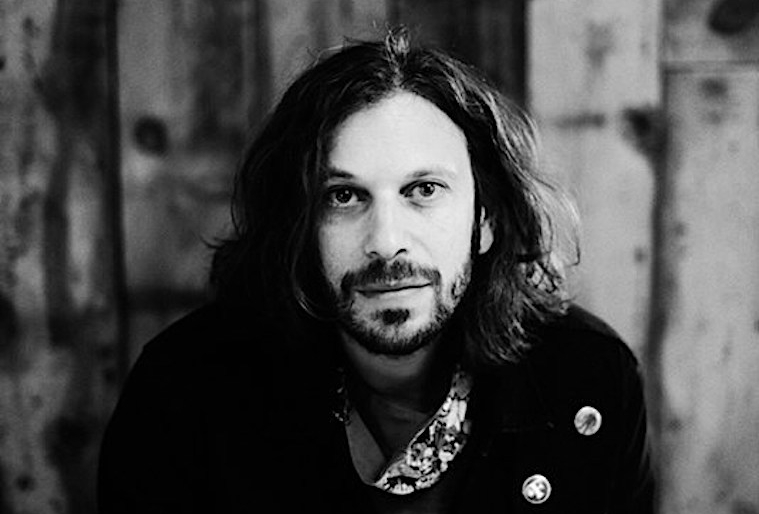 Dan Schwartz, of the indie folk trio Good Old War, has been fronting a solo outfit under the name Danny Black since his debut release, Adventure Soundtrack, in 2017. An expert guitarist, Black has reimagined his sound three different ways for each solo record he’s put out.

Adventure Soundtrack and 2019’s Themes are both instrumental albums, rooted in transformative feeling. Black intentionally paints a vivid picture, invoking all the senses, with just himself and an acoustic guitar. 2020’s Black Ryno is his first stab at collaboration under the Danny Black banner, and he sought out Vacationer’s Ryan Zimmaro to lay down percussion and Good Old War’s Keith Goodwin to duet on one of the tracks. Black Ryno is the culmination of Black’s intrinsic solo sound with the addition of lyrics. It’s a fully imagined project that delves into darker themes than he’s used to exploring.

Black’s previous releases were inspired by nature and travel, and allow the listener to gauge whatever meaning they want from the instrumentation, while Black Ryno directly pulls on the politics that have shaped the last several years. Black is a pro at what he does, and while this is certainly an excuse to put his virtuosic guitar playing on display, it’s also his chance at securing his place as a matured storyteller and songwriter. He also made room for experimentation, with a level of production that’s reminiscent of Good Old War’s Broken into Better Shape, a record that I remember thinking toed the line between folk and synth-driven indie. Black Ryno is the result of Black taking everything he’s learned from every project he’s had a hand in and making it his own.

He was kind enough to take a break from traveling to share the story of how this album came to be with The Key, what he feels its release means for him as an artist, and how he hopes listeners relate to it.

The Key: Your previous releases are fascinating in the sense that they’re so reliant on sound alone and yet they listen like very visual albums. You captured the theme of every track spot-on in such a tangible and visceral way. That comes with being so instrumentally-inclined, so I’m wondering how you approached writing lyrics? Was it a challenge or do words come just as naturally to you?

Danny Black: Well first of all, thank you very much! I really appreciate that because creating a visual and visceral experience has been my main intention with the instrumental albums. In some ways it’s easier for me to create a feeling with my guitar than my voice. As far as writing lyrics for this album, I actually just went back to the tool box I’ve used for years with Good Old War. Keith (Goodwin) and I have always shared the writing, so it wasn’t a stretch or anything to go back to that. I also had plenty of inspiration since all of these songs are told from the perspective of a protagonist who is more villain than hero. He suffers from an acute lack of empathy and thinks quite highly of himself despite his obvious flaws. It’s not too hard to find a character in our world who shares these qualities.

TK: Aside from adding lyrics to these songs, how did the writing process with Black Ryno differ from your previous two instrumental albums? How did this process differ from working on a Good Old War or any other full-band release? Do you find more comfort in one over the other?

DB: The way I wrote this album is different from any other album I’ve ever done. When you’ve been at it as long as I have, you need to shake it up sometimes. Ryan (Ryno) Zimmaro, who is the drummer for Vacationer, came over and played to a bunch of click tracks. I put a couple of mics up and recorded him for an hour or so and his playing was so inspiring, it was easy for me to hear songs in there. I sliced things up and created changes and parts from things he’d played and built the songs one at a time. With Good Old War, Keith and I either write full songs on our own or we sit face to face and hammer out ideas until they’re complete. This was me geeking out all by myself for a few months between tours. It’s kind of like a remote collaboration, but neither Ryan or I had any idea I would take it this far. Both collaboration and solo work intrigue me equally. I love having a partner I trust to help me with things, but I also love going into my little bunker with nothing and coming out with something outlandish.

TK: I know you pull a lot of your inspiration from nature and travel, and those themes are obviously very apparent in Adventure Soundtrack and Themes. Is that the same this time around? Depending on the timeline of when you started working on this, are any of the songs products of quarantine?

DB: Actually, I recorded this album quite a while ago. I finished it before I even started recording Themes. So none of this is quarantine-related. I wanted to wait to put it out because it seemed strange to put out right after Adventure Soundtrack and I wanted to make at least one more instrumental album before I took such a left turn. That said, I’m in the process of working on a new album that combines both instrumental and vocal ideas that is totally a quarantine album. For this album, I was more preoccupied with the state of things in our world. I didn’t want to make an overtly political album, but let’s just say that the lyrics aren’t describing myself. They’re from the perspective of an evil person – at least I don’t think I’m that evil. That said, I can’t help but try to create music that’s meant to be driven to. I drive a lot. It’s the world I know.

TK: How has the quarantine been treating you? Tell me what you’ve been up to, what you’ve learned, what you’re listening to. Are you home or have you been on the road? A lot of artists felt a sense of creative overload and then burned out quickly. Was that your experience?

DB: Well, there’s good and bad. The bad is that I’m a touring musician. I don’t even mean that in a strictly professional sense. It’s the only way I know how to live at this point. My wife and I both thrive on the road. She has been tour manager and merch person for everything I do over the last ten or so years and It’s become our lifestyle. So not being able to travel has been a serious adjustment. That said, I have most definitely been very creatively busy. I wrote and recorded an entire new album, wrote and recorded lots of songs for all sorts of projects and collaborations, did a half hour long cover of Pink Floyd’s “Dogs,” and began a score for a film. So I wouldn’t say I’m burning out. As long as there’s music to make and anyone is interested in hearing it from me, I’ll be there to make it.

TK: I always loved that you keep your bubble relatively small in terms of who you work with, because I always knew that whatever the release would be, it would listen comfortably to someone who’s a fan of your work with Good Old War and Anthony Green and all of the intersection between them. I was thrilled to see a feature from Keith on the album. But with that being said, what was it like collaborating with someone new on a project with such a full-band sound?

DB: So easy! Ryan is an unbelievable drummer. It didn’t really feel like a new collaboration because we have been jamming for years together and I’ve always been a fan of his playing. It was really cool featuring Keith because we got to do a duet, which is something I’ve always wanted to do with him. It’s not a traditional duet in any way but we take turns singing lead and I think we sound pretty good together. The full band sound is a bit faked because besides Ryan on drums, I played all the other instruments besides some keyboards by my equally talented friend, Peter Burton.

TK: What will you reflect on in a year from now when you think about the time you spent working on this album? What did your life look like during this time?

DB: My life has felt like an extended snow day. We tried out a lot of new exercise routines and taught our dog a bunch of new tricks. I learned how to play shows to an audience on my phone and currently I’m driving across the country in our conversion van all by myself. It’s wild and exciting and lonely and fulfilling and scary and thrilling. Basically the good and bad of life all smooshed into a concentrated ball. I highly recommend it to everyone.

TK: What are you the proudest of about this album? What’s something that you learned about yourself while putting it all together?

DB: I think I’m most proud of the singing. That and the fact that I was able to take a tiny seed of an idea and turn it into something so complete. I feel like I accomplished something beyond what I set out to do in the first place. I learned that I am pretty crazy about making something that is unique and enjoyable to listen to. If I start something, I can’t leave it unfinished. It haunts me until I can see it through.

TK: What do you want listeners to take away from Black Ryno?

DB: Honestly I just want them to get a bit of joy out of it. I hope they hear a guy who’s doing his best to make something of the highest quality he’s capable of. I want them to dance to the beats and sing along with the lyrics. Maybe play a little air guitar or bass.