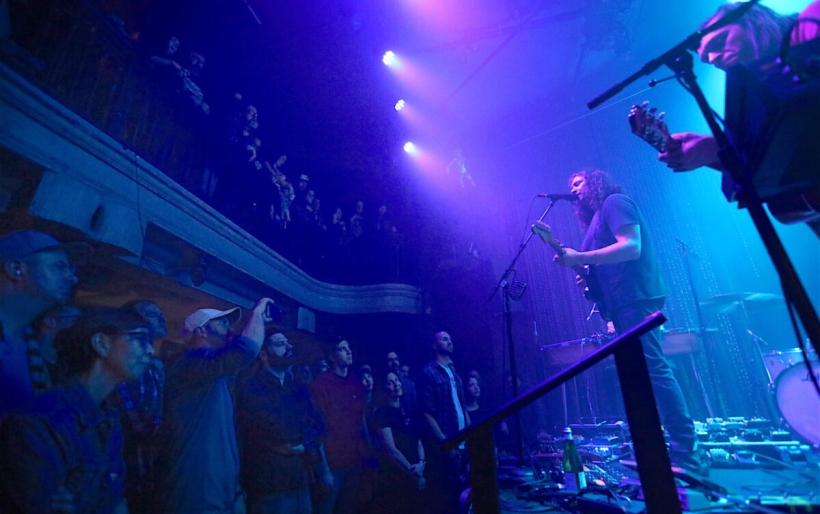 Congress has finally reached an agreement on a second COVID-19 relief package, and it includes some much-needed help for independent music venues across the country. If passed, the new legislation will provide $15 billion in grants for theaters and small venues through the Save Our Stages Act.

Spearheaded by the National Independent Venue Association (NIVA), the bipartisan Save Our Stages Act was introduced in the Senate in July by Democrat Amy Klobuchar and Republican John Cornyn and has already passed in the House of Representatives. In addition to independent music venues, recipients of the funding will include Broadway theaters, comedy clubs, independent movie theaters, and other cultural institutions. The grants would be used for specific expenses such as payroll, rent, and utilities.

“We’re thrilled that Congress has heard the call of shuttered independent venues across the country and provided us a crucial lifeline by including the Save Our Stages Act in the COVID-19 Relief Bill,” said NIVA Board President Dayna Frank. “We’re also incredibly grateful that this bill provides Pandemic Unemployment Assistance which will help the millions of people who lost their jobs through no fault of their own during this economic crisis. We urge swift passage of this legislation, which will assist those in the greatest need and ensure the music lives on for generations to come.”

The possibility of funding is good news for the dozens of music venues in the Philly area. Still, the Kennett Flash urges us to not give up fighting for more relief: “This thing will happen because we are all speaking up together,” the venue shared in an email to subscribers. “We are seeing some light at the end of the tunnel, but we can’t let up now!” They suggest writing to Pennsylvania Senators Bob Casey and Pat Toomey, as well as state and local elected officials. A localized, $200 million Save Our Stages bill is pending in the Pennsylvania state legislature.

Some venues operators fear that this relief has come too late. “Unfortunately, we needed it to pass in July or August,” World Cafe Live owner and NIVA co-founder Hal Real told KYW News Radio earlier this month. “We were counting on it by September or October, and now here we are, and literally hundreds of our members are announcing that they can’t hold on anymore and that they are permanently closing.”

Back in the summer, NIVA estimated that without government assistance, 90% of the nation’s independent venues shut down by the pandemic could be forced to permanently close by the end of the year. A few local venues, including South Philly’s Boot & Saddle and Lancaster’s Chameleon Club, have already joined the growing list of small businesses that did not make it through the pandemic. This bill will not bring those venues back, but it may save others from the same fate.

“These venues … are the lifeblood of our communities,” Senate Minority Leader Chuck Schumer said on the Senate floor Sunday. “They were the first to close and will be the last to open. This bill gives them a fighting chance.”