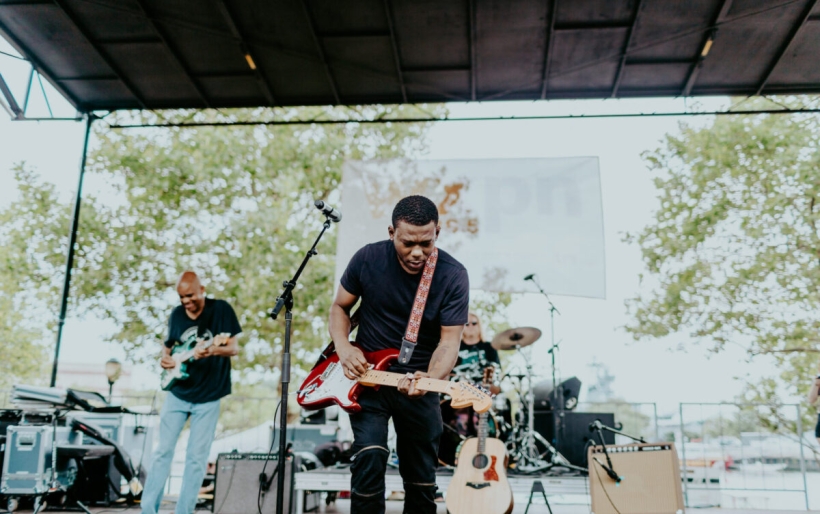 Blues-inspired Philly rocker Greg Sover has made quite the name for himself in recent years, but his musical journey stretches much further back.

In the first 2021 episode of the 25 O’Clock podcast, Sover chats with host Dan Drago about his formative years growing up in Brooklyn as the son of Haitian immigrants, and moving to Philadelphia to settle in West Mt. Airy in 1991.

He spoke about the musical impact his family had on him, particularly of the kompa music his mother and father would listen to around the house.

“It was pretty much the main music we heard at the time, and if there was any English-speaking music, it would be Bob Marley,” Sover says, noting that the first American record he ever bought was Cyndi Lauper’s “Time After Time” single. “I remember loving the sound of guitars, the way she sang on it,” he tells Drago. “It was so different, and mind-blowing compared to what I was listening to.”

As a teen, he moved from one musical style to the next, bouncing between hip-hop and blues, appreciating all the Kings — Albert, B.B. and Freddie. He also recalls how Jimi Hendrix and Stevie Ray Vaughan videos captivated him as a teenager, and made him think “I want to do that.”

Sover talks about his continued musical growth, expanding his repertoire on the new The Parade album to include neo-soul stylings — “you learn they use a lot of 9s and sus chords, which are really cool.”

Sover and Drago also bemoan the generational divide in music, from irreverent observations about younger listeners not recognizing Garth Brooks or getting to experiencing the call-in music video program The Box, to the evolution of intimate studio sessions away from grand televised productions like MTV Unplugged and into streaming series presented in digestible bits.

“It was tough finding a song or a great band you really liked in those days,” Sover says as he recalls taping a song off the radio and obsessing over it for weeks. “Nowadays you overdose on things like that. At those times when you heard a song you really liked, the song was stuck in your head. That was it.”

Listen to the conversation below, and explore Sover’s discography on Bandcamp.