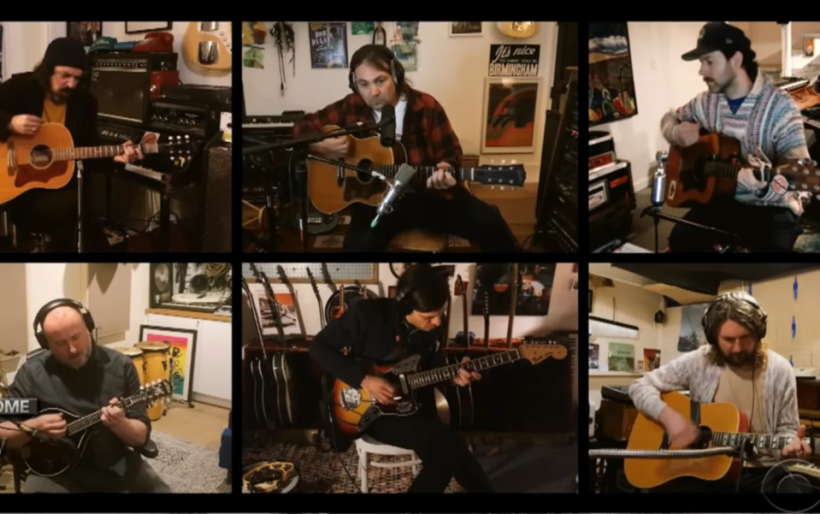 The War On Drugs | still from video

The great thing about being an artist promoting a live album: when you make the rounds as late-night television musical guests, you’re not beholden to your latest single — you can play any song, from any point in your career, and it works.

So when the Philly-born rockers The War on Drugs appeared on The Late Show With Stephen Colbert on Friday to remind folks that, hey, we released this really spectacular LIVE DRUGS album last year, the song they performed was 12 and a half years old — “Arms Like Boulders,” the opening song to their debut album, Wagonwheel Blues.

Keeping in the spirit of social distancing, the band — spread out over various cities across the U.S. — performed the rousing song on acoustic guitars, electric bass, and mandolin. Listen below, and do yourself a favor and check out LIVE DRUGS while you’re at it; the second vinyl pressing is available here.