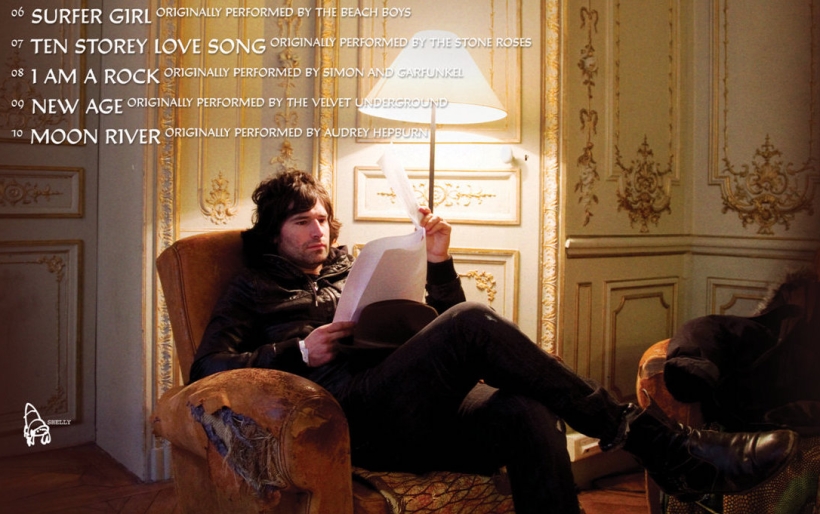 Cover songs have long been a staple of singer-songwriter Pete Yorn‘s live sets; he has excellent, eclectic taste in music that spans the foundational pop bands of the 50s and 60s to the 80s and 90s college rock and alternative artists that inspired him as a youth.

On his new album, Pete Yorn Sings The Classics — available now for streaming and download via Bandcamp — Yorn covers Simon & Garfunkel, Bob Dylan and The Velvet Underground in the same set as he plays songs by The Stone Roses, Kirsty MacColl and Pixies.

Liz Phair joins him to sing the latter’s “Here Comes Your Man,” as well as Diana Ross’ “Theme From Mahogany (Do You Know Where You’re Going To).” Of the set, he writes the following on Bandcamp’s liner notes:

Ah I’m so glad you found me. This here is that long awaited “covers” record I have threatened for so, so long. Seems as good a time as ever. A good time for some new musical distraction. As you know,  I’ve never been shy about celebrating my musical influences. I honor them and appreciate the fact that they have helped to inspire the style of music I create as my own. I have chosen to interpret and record this particular collection of songs for various reasons. Whether it was The Pixies “Here Comes Your Man” or The Stone Roses “Ten Storey Love Song”, these songs all have one thing in common….they all stopped me in my tracks upon first discovery, simply because I loved the way they made me FEEL. They compelled me to listen repetitively…almost compulsively over and over again. Sometimes it was just the sentiment in the lyrics of a song like Simon and Garfunkel’s “I Am A Rock”, or maybe it was the hauntingly beautiful melody of the Roxy Music epic “More Than This”.  Either way, all of these songs resonated so deeply with me, they just made me want to sing along. They affected me emotionally, psychologically, and viscerally at one cosmic moment in time or another, and I carry a torch for them still. They helped me find daylight through the wilderness and allowed me to understand more about myself and the world. So with that in mind, I’m happy to share with you this interpretive full length album. I had the pleasure of making this record with one of my oldest and best friends, Marc “Doc” Dauer. And it was just pure fun…ya know, getting to make music with a friend. I hope you get as much joy from this album as we did when we were recording it. Big love to you all and thx for checking it out.

Listen to Pete Yorn Sings The Classics below, and grab a download at Bandcamp.