ThebandIvory discuss their Berklee roots, their collaborative process, and finding inspiration in the pandemic on 25 O'Clock - WXPN 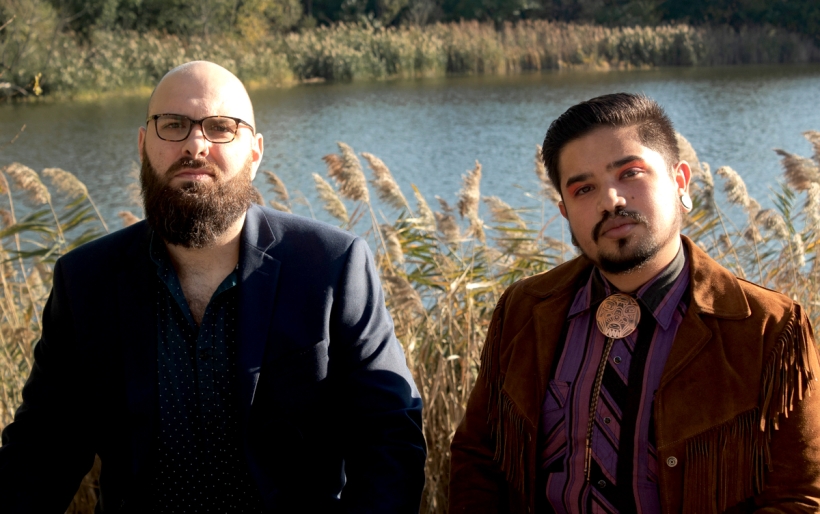 ThebandIvory discuss their Berklee roots, their collaborative process, and finding inspiration in the pandemic on 25 O’Clock

Frankie DeRosa and Robbie Simmons of alternative fusion duo ThebandIvory recently sat down to talk with Dan Drago on the newest episode of Philly music podcast 25 O’Clock, shedding light on their creative roots and collaborative process.

The two explain to Drago how they first connected while studying at the prestigious Berklee College of Music in Boston. DeRosa cites the different ensembles there, namely the Indian music ensemble, as inspiring him to explore non-western music. Meanwhile, Simmons’ focus at Berklee was on contemporary writing and production. From there, DeRosa recounts how the two ended up in Philly in 2015.

After we were done with school we were just trying to figure out where we could move. New York was overwhelming and really expensive, and Philly just seemed like a better fit to just give it a shot.

From there, the conversation turns to what the creative process is like for the two, and namely what it was like to record their debut album, Anthropocene.

The two reflect on the way that the pandemic gave them time to actually finish Anthropocene, but also the things that they’re missing out on in the meantime. As the conversation wraps up, the two members of ThebandIvory explaining their need to keep progressing as musicians and the way that they try to experiment with things they haven’t done before each time they record new music.

Listen to the episode below, read ThebandIvory’s fall 2020 interview with The Key’s Regina Schliep, and head over to Bandcamp to listen to Anthropocene.