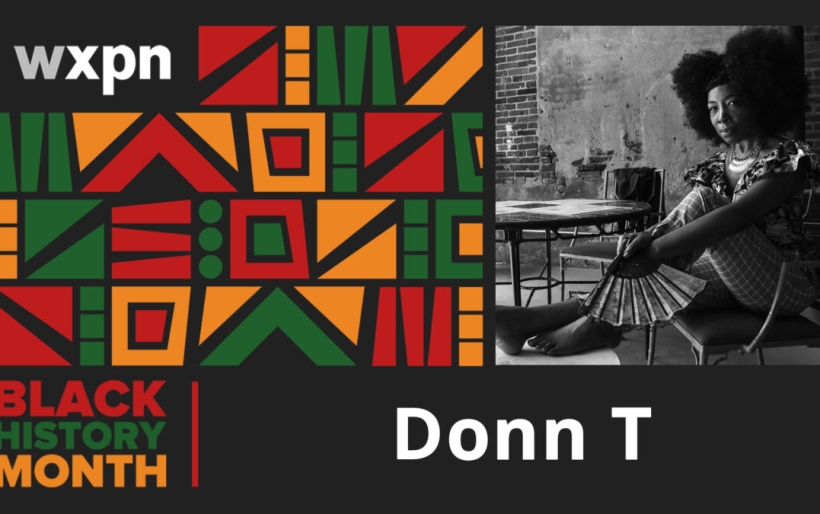 For the month of February, in celebration of Black History Month on XPN, we’re presenting a new series called Black Inspirations. We’ve asked contemporary Black artists to share some of their influences from the Black music vanguard. The series continues today with a testimonial from Donn T of &More.

Philadelphia’s Donn T is a singer, songwriter, author, record label owner, and consummate artist who has captivated listeners with her solo work — the beautiful Flight of the Donn T album from 2015 — as well as her collaborative project &More, featuring rapper Chill Moody, guitarist / band leader Jake Morelli, and a rotating cast. When we asked her to talk about one of her musical inspirations, she went one of the most accomplished, versatile, and impactful artists of the past 60 years: Stevie Wonder. Here’s what Donn had to say.

He’s such a vivid songwriter. He’s timeless, a visionary, a musical prophet. He has the ability to hold a mirror up to society, and America specifically. He offers enlightenment, sometimes scathing societal rebuke — with wit! — and then on the next track render the most beautiful and complete love song. I first heard Stevie’s music when I was 12; I wanted to write like him. Songs that were compelling and predictive, and would touch the listener in their most human place. He sings in various languages: Portuguese, Zulu, Spanish, English, pushing the boundaries of R&B to extremes. Stevie is a blind man with super power: he sees.

“They Won’t Go When I Go” from Fulfillingness’ First Finale, described by Donn T as “a six-minute song that somehow feels short; gospel x Chopin.”

“Happier Than The Morning Sun” from Music Of My Mind; Donn T notes that the clavinet is played in fingerpicking guitar style, and says “I smile all the way through this song.”

“Jesus Children of America” from Inner Visions, of which Donn T says “how did Stevie not write this for all of the political and religious hypocrisy of 2020 and early 2021?”

Donn T’s most recent release with &More was the album Ethel Bobcat, which came out in 2019.