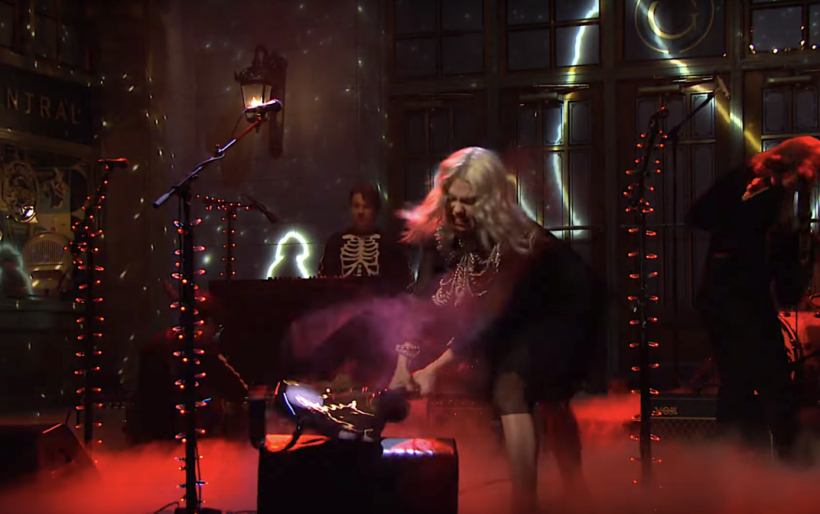 Making her Studio 8H debut, Phoebe Bridgers was the musical guest on this week’s Saturday Night Live, delivering a legend-making performance of two highlights from her 2020 album Punisher.

Lead single “Kyoto” came first, traveling from playful to stratospheric thanks to a horn section and an expanded edition of Bridgers’ live band. But the more talked-about moment was easily her second song, the acclaimed album-closer “I Know the End.” It’s a beautifully cathartic epic that was named one of XPN’s favorite songs of 2020, and Bridgers took it over the edge after the culminating scream by smashing her Danelectro on the center stage wedge monitor; sparks flew, the instrument was chucked aside, and screams were heard in the studio and no doubt in living rooms around the country.

Watch both performances below. Phoebe Bridgers’ Punisher is out now on Dead Oceans, and you can listen to her 2020 interview with World Cafe‘s Raina Douris here.