Waxahatchee's Katie Crutchfield makes the rounds, performing on Jimmy Kimmel Live and with Kevin Morby on CBS This Morning - WXPN 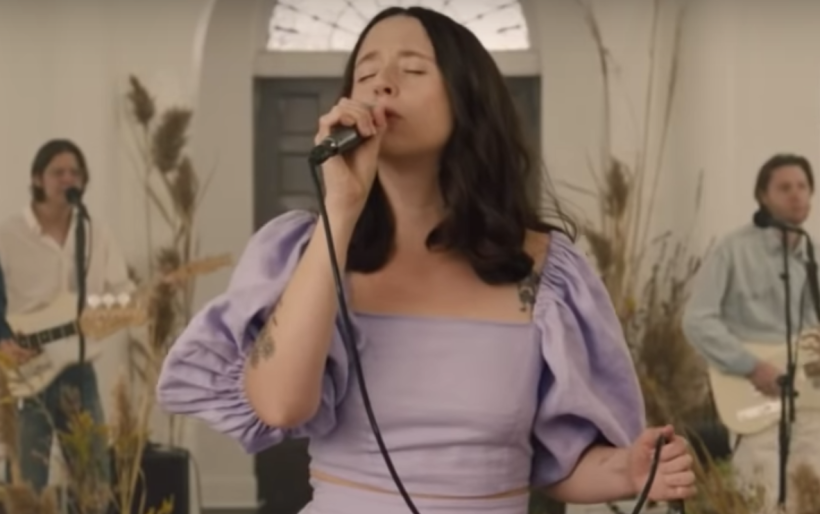 Waxahatchee’s Katie Crutchfield makes the rounds, performing on Jimmy Kimmel Live and with Kevin Morby on CBS This Morning

Last week Katie Crutchfield, the singer/songwriter behind Waxahatchee, went on Jimmy Kimmel Live! where she performed her song “Lilacs.” Her unique indie-folk sound is on full display in this performance, perfectly encapsulating the energy of her 2020 album, Saint Cloud.

Three days after, she took to the stage again on CBS This Morning, this time accompanied by partner and fellow folk singer/songwriter Kevin Morby. She once again performed “Lilacs,” but this rendition was blunter. Overall the performance is slightly less polished, but in a way that makes the pieces seem more charming and authentic.

Crutchfield also performed her song “Fire.” This rendition of the piece changes up the harmonies. In the original, the harmony sits above Crutchfield’s voice, while this live version puts it below her, leading to a more grounded sound.

The second half of the four-song set consisted of two songs from Morby’s most recent album, Sundowner. First came a rendition of “Campfire” that is strikingly similar to the recorded version, but with a few key differences: the speed is just a touch faster and the guitar riffs are much quieter, leaving Morby’s Bob Dylan-esque vocals at the forefront. Unsurprisingly, the second song that Morby performed was the title track from the 2020 album. You can watch the live recording of “Sundowner” below.

Waxahatchee’s Saint Cloud was named one of XPN’s top albums of 2020.