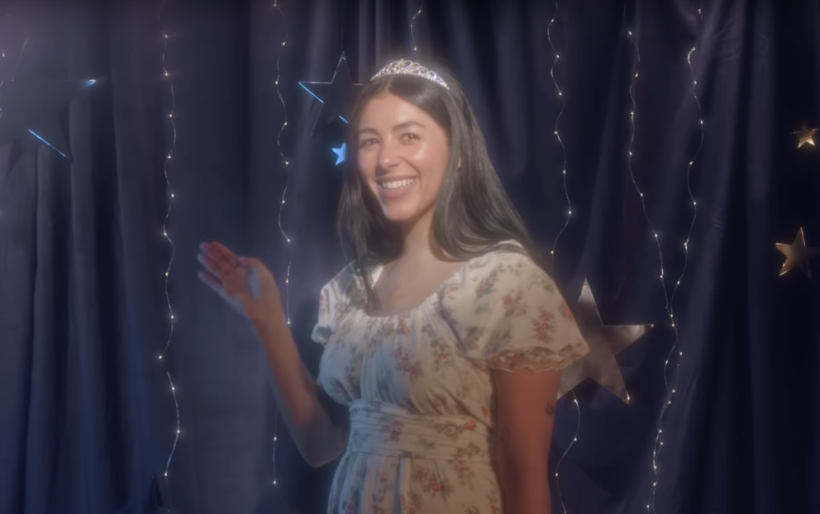 Brooklyn four-piece Pom Pom Squad is back with a bang on “Lux,” their first release of 2021.

Paired with a music video directed by frontperson Mia Berrin and Julia Sub, the single speaks to fears of intimacy through its honest lyrics and visual tribute to The Virgin Suicides, Sofia Coppola’s 1999 directorial debut and a film Berrin cites as an inspiration in making the track. (Lux is one of the film’s main characters, played by Kirsten Dunst.)

Berrin spoke about “Lux” via a press release:

“It’s about the fear of intimacy I felt as a teen that stemmed from negative early experiences of male attention,” she said. “The Virgin Suicides, one of my very favorite movies, captured that fear in a way that deeply resonated – the scene where Trip leaves Lux alone on the football field. He had gone through the effort of making her love him and then, when he got what he wanted, he left. I released the demo for this song on Bandcamp when I was in college and it ended up being played on Brooklyn Vegan’s blog radio on Sirius XMU. It was the first lightbulb that maybe I had a calling in music. The release has been a long time coming, but ultimately, I’m glad I waited so that I could really do right by this thing and simultaneously, by my teenage self.”

In the music video, hazy shots of pastel color palettes narrate Lux’s lyrics, from the streets of a neighborhood to a performance at a high school dance: “In a crowded high school dance / In a cloud of peach alcohol  / I let myself get drunk on the idea that you loved me / Cause in here I’m suffocating / But out there I feel so small / What a wonder to be anything at all.”

“Lux” is Pom Pom Squad’s first release after singing to City Slang Records. Although it’s a shorter track, the band delivers a burst of punk energy with a thrashing atmosphere of sound. Check out the “Lux” video below, and pick up the song here for Bandcamp Friday.