Slatland marks a new era for Bits of Alan - WXPN 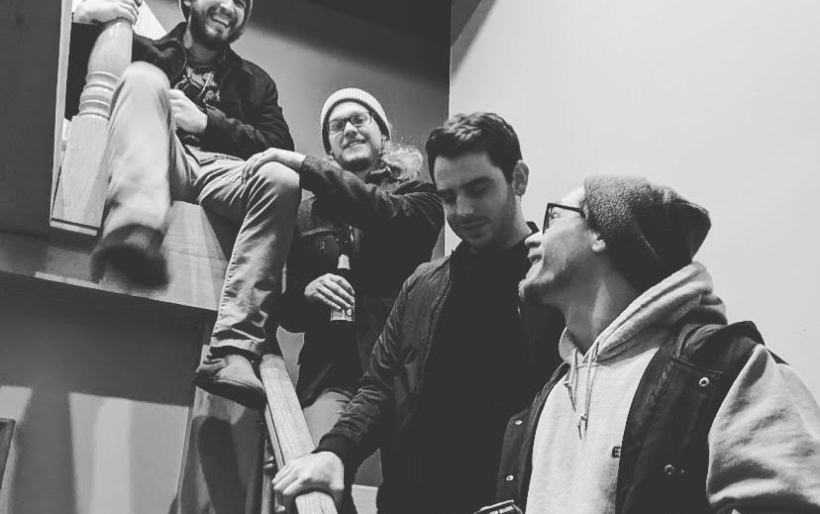 Slatland marks a new era for Bits of Alan

Back in 2017 the Philly band Bits of Alan released Paper Boats, a project which utilized an electronic spoken word kind of style. Their new project Slatland goes in the opposite direction, featuring a purely acoustic approach. It is all at once a returns to Bits of Alan’s original style and a move into a totally new era for the band.

Gregory Golbitz began Bits of Alanas a solo project in 2014 when he wrote his first EP and recorded it with some help from Fred Keller and Joe Venango. From there Keller and Venango came on as full-time members along with Ethan Stauffer. Over the course of two years the band developed their first full-length album, Paper Boats. Golbitz explains in an email that the band went on hiatus six months later when he went to law school.

Since 2017 I haven’t stopped writing, I never stopped jamming with the rest of the band, despite being in law school; but we didn’t seriously approach a new project until Covid-19 happened. Maybe it was all the time I suddenly had to myself, but newly-written songs began to pile up in my head and in my notebook. It was just a matter of time until we started recording demos last summer (with the help of masks and social distancing) which eventually turned into the completed 7 song album called Slatland.

Each song on Slatland gives snapshots of an assortment of intimate moments, all encased in a soft, acoustic rock sound. It tells an emotional journey in non-chronological order, built on Golbitz’s complex lyricism and evocative musical style. It’s the kind of album that you can come back to again and again, only to find something new to latch onto each time. According to Golbitz, the album is based on a story of the same name.

Slatland is actually inspired by a short story of the same name written by Rebecca Lee. I was rereading her short story collection around the time I was writing this record and her story “Slatland” really spoke to me. It’s about a girl named Margit who learns from a therapist how to climb up slats into the sky in order to gain perspective on life. The place you climb into is called “Slatland.” The story is about love, loss, deep introspection and the pains of growing up. There’s more to the plot than that, of course. I highly recommend it! There’s similar themes in our album Slatland: if I had to boil it down, the record is about climbing up those aforementioned slats into the sky, turning around, and taking stock of what my life has become and what it is becoming. The good and the bad. It was an exercise in reflection and distance, I think.

Despite the seemingly personal nature of the album, there is something all at once relatable and sometimes nostalgic about it. Slatland isn’t just an album that you listen to-it’s an experience, bringing you right along in Golblitz’s self-reflective journey.