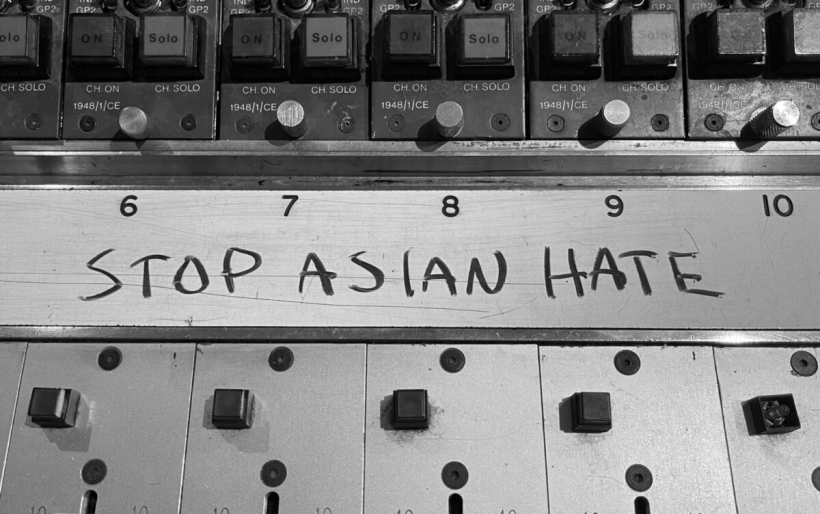 Will Yip launches a #StopAsianHate raffle to benefit AAPI Community Fund with help from Circa Survive, The Menzingers, Mannequin Pussy and more

Last week’s mass shootings at three Atlanta-area spas that left eight people dead, including six women of Asian descent, were a harrowing reminder of how racism, misogyny and hate are still forces we need to overcome in American society.

To that end, many musicians are stepping up in solidarity, raising their voices in support of friends, loved ones, and family in the Asian American and Pacific Islander community. One of those is Philly-area producer Will Yip of Conshohocken’s Studio 4, who this morning announced a Stop Asian Hate mega raffle to support the AAPI Community Fund.

Beginning today and running until 12 a.m. on April 8th, the raffle includes three massive bundles of gear, merch, and memorabilia that folks can bid on; the first package alone contains a bounty of instruments, posters, set lists and vinyl test pressings from Circa Survive and its frontperson Anthony Green, as well as Turnstile, Tigers Jaw, Nothing and more.

In a social media post last night teasing the raffle announcement, Yip shared emotional reflections on the shooting and the heightened hate faced by folks of AAPI descent over the past year in particular.

My parents left China, actually swam for their freedom to Hong Kong in the 70s, made it to America with just the clothes on their backs in hopes of a better life and better opportunities for their children…our generation. …. Instead, we live in a world where the color of your skin STILL dictates so much…too much. It still dictates how you’re treated on the street, still dictates how you’re treated professionally, it dictates people’s expectations of you. I, like most POC in America have spent my life fighting against stereotypes, getting mocked regularly, getting into altercations defending myself against racial slurs, getting told what I should and should not be doing because of my ethnicity. Everyone deserves better.

Yip goes on to speak about the challenges he faced getting into the white male dominated rock scene as a youth, how he persevered and found his supportive group of friends and collaborators, and how he wants it to be easier for the next generation of AAPI youth, relaying a story about a young Japanese American person meeting him at a show in Los Angeles and saying “I think I can do the music production thing because you did, no one else doing this looks like us.”

The Stop Asian Hate raffle opens today and runs for two weeks. Three winners will be chosen, one for each of the packages; tickets are one for $10, three for $25. Yip also encourages donations directly to the AAPI Community Fund. Get more information on the raffle and put your name in the running here.

Below, check out music from some of the participating artists, beginning with Mannequin Pussy’s recently-released “Control” video.