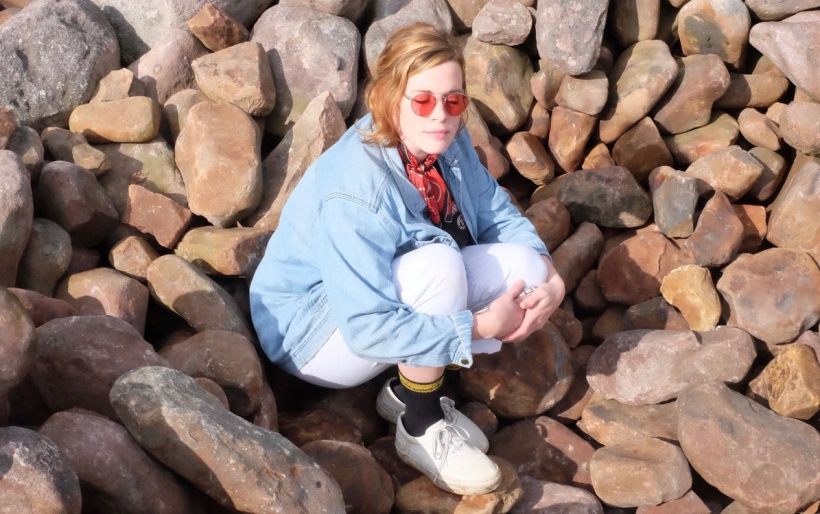 To paraphrase locally-rooted rocker Domenic Angelella, a new song by Lucy Stone is a rare gift. “Pretender” is the latest from the long-running singer-songwriter, and was released for her birthday yesterday.

Stone has been an integral part of the Philly music scene for as long as The Key has been around; she most recently made trippy synth rock in Vexxed, played bass in Angelella’s old indie band DRGN King prior to that, wrote moving music under her own name before that, and has tour-managed or production-assisted more bands than I’ve been able to keep count of.

The breathtaking “Pretender” reflects on a collapsing personal connection, and the regret that comes in its wake: “You and I should have let the whole foundation divide. / Never had a reason to abide by the laws of building something, just to watch it fall apart from inside.” Stone’s always-stellar vocals are set to solitary electric guitar, falling very much in line with contemporaries like Lucy Dacus and Julien Baker — but at the same time it’s a full-circle moment for Stone, since she was heartrending and introspective like this on some of her earliest songs eight years ago.

You can listen to “Pretender” below, and grab a download here; sales thru Bandcamp Friday support South Philadelphia Community Fridge and Red Canary Song, a New York-based nonprofit that supports and advocates for migrant and Asian sex workers and massage workers.