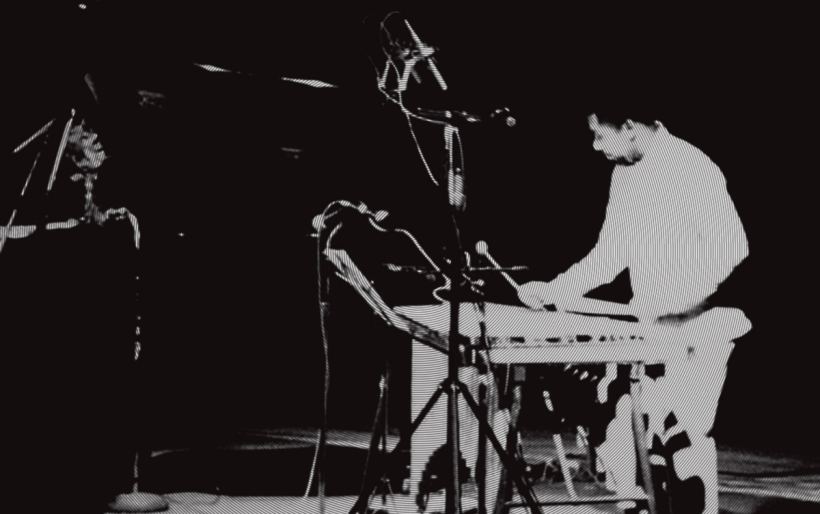 This month saw the reissue of Infinity, a vital window into the work of progressive vibraphonist, bandleader, and Philadelphia luminary Khan Jamal. Recorded in nearby Ambler, PA, then self-released in 1984 and long out of print, the “spiritual soul jazz” LP showcases Jamal on vibraphone and marimba, exploring alongside longtime collaborator Byard Lancaster on winds, with Clifton Burton on harmonica for Jamal’s title composition. They’re all powered by a cogent rhythm section including pianist Bernard Sammul, bassist Reggie Curry, percussionist Omar Hill, and drummer Dwight James — plus the pioneering free jazz drummer Sunny Murray, a noted Coltrane collaborator.

In the early 1970s, Jamal, Lancaster, James and Hill played together in the Germantown-based Sounds of Liberation, along with Monette Sudler, Rashid Salime and Billy Mills. The band became a beacon for the city’s experimental scene and expanded the scope of funk-jazz fusion first developed by Pharoah Saunders and Sun Ra, as well as soul icons like Curtis Mayfield. We last heard Sounds of Liberation when Dogtown Records and Brewerytown Beatsreleased their Unreleased (Columbia University 1973) album in 2019.

Compared to that earlier group, the band on Infinity sounds smoother and more focused, but holds several of the same priorities, including improvisational fluidity and a cool commitment to the groove. Throughout the five tracks here, Jamal’s mallet percussionism reigns supreme and his confident syncopation cuts through the mix effortlessly, though the record’s thick atmosphere keeps pressing on me like a pillow. Vibraphone and flute link up on the opening melodies of “Nubian Queen,” while the rhythm players fill this space with their own accessible calm, mirth, and unpretentious mutuality. Then the melody gets triple-teamed by the winds (Sun Ra-style) on the title track, but Jamal takes a more rhythmic role himself, scaffolding the restless tune with stout parallelism on marimba.

Though “The Known Unknown” became the album’s best-known cut last century — a minor swing, recalling McCoy Tyner’s thundering keys — my favorite was the ballad “Lovely Afternoon.” Here, the piano and vibes make elegant partners, revolving together like twin stars in contemplation. “The Angry Young Man,” though, comes in like a lark on track 5. Bernard Sammul’s barnburning hard bop composition, punctuated by the record’s only drum solo, strikes me as a totally different discipline than the rest, sending off a relatively simple and approachable album of meditations with a reminder of this band’s tactile powers.

Khan Jamal’s Infinity, comes on the UK’s Jazz Room Records, led by London DJ Paul Murphy. Says Murphy on the reissue, “I can’t even begin to tell you how proud at Jazz Room we are to be associated with such a masterpiece.”