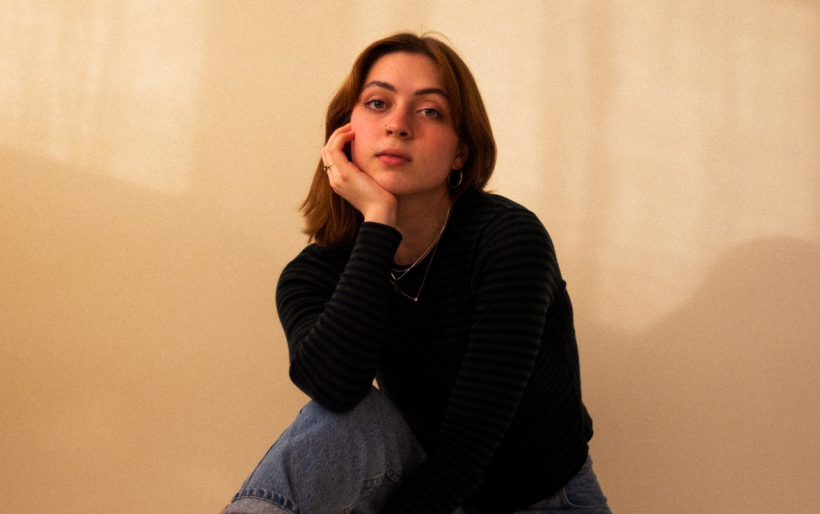 Lizzy McAlpine’s lyricism shines on When The World Stopped Moving: The Live EP

Lizzy McAlpine has been dropping clues about her sophomore album, but she’s given fans something to hold them over until then.

The project, When The World Stopped Moving: The Live EP, is a collection of eight songs, many of which already have a home on her SoundCloud page, but come as a surprise all the same. The local singer-songwriter invites listeners back into the world of her heartfelt songwriting after the notable 2020 full-length Give Me a Minute, while also gathering a new group of admirers from her TikTok page, which has gathered over 300k followers with her clips of covers and originals. It is no surprise that her videos are embraced by the social media platform’s algorithm, as her delicate vocals immediately pull at the heartstrings.

It’s that casual, stripped-back nature of McAlpine’s clips that translates directly into her music, displaying a unique intimacy within her sound. This is particularly notable on When The World Stopped Moving, in part due to it being a live project, but the simplicity of mostly acoustic arrangements adding to the sensibility that is already established in McAlpine’s music.

With a pointed sense of grace, McAlpine writes the unsaid feelings of others in a poetic way that describes moments in life that are hard to give words to: “It’s foggy in my head, like clouds in a storm / The wind’s pickin’ up, I’m boltin’ my shit to the floor,” she sings on “Let Light Be Light.” Following a common theme on the project, “Let Light Be Light” shows McAlpine analyzing herself in relation to a potential relationship, offering a sense of comfort in letting things play out naturally but acknowledging a natural hesitance as she asks “Is this what it’s supposed to feel like?”

It’s hard to not come away feeling emotional or even a little bit wrecked by McAlpine’s music, especially when her lyrics are perceptive and honest: they are timeless and can resonate with many. With her honey-like delivery comes honesty and recognition of herself, like the title track offering acknowledgement of her own faults with someone, “Love is more than words / And I also hurt you” or the closing “In What World” and its rawness of coming to terms with something not being meant to be: “But in what world do these things go the way we want them to? / At nights, sometimes, I cry / But these tears are not for you / ‘Cause in what world do we exist and not separate but us two? / An alternate dimension / Where I love you too / If that world exists, I’d believe /That love might have some chance of being true.”

McAlpine proves, again and again, that with her incredible lyricism and touching vocals, she doesn’t need heavy production to swoop listeners in. When The World Stopped Moving creates a bridge between two projects, maintaining the intentionality of McAlpine’s work that appears intrinsic to her sound and to remain. Listen to the project below and grab a download on Bandcamp here.