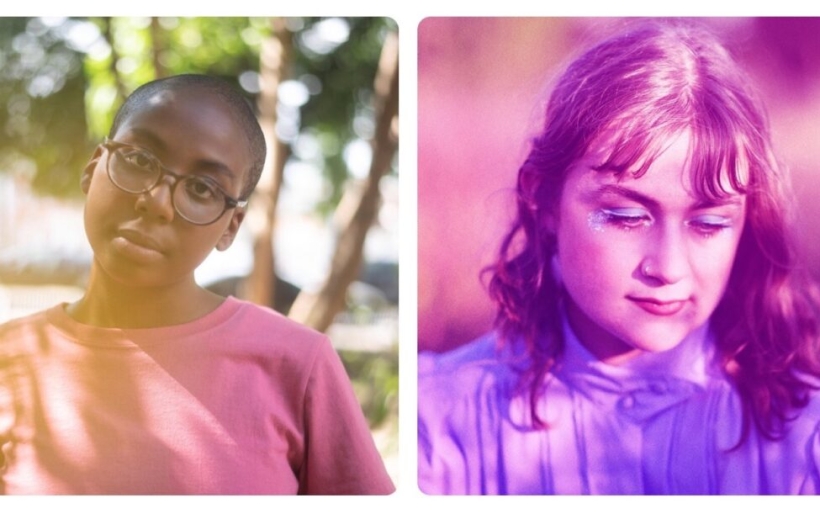 The Craft of the Microaggression: Non-men in the Philadelphia music scene share their experiences

I tweeted the other night about how difficult an article this was to put together. It’s not because I don’t have the pieces to do so, it’s because I don’t have the answers, or rather, any solution that stretches beyond awareness. But perhaps drawing up whatever you have is always the first step. I wanted to find a way to puncture the margins between the marginalization and the artist’s work.

Among the people I spoke to, I picked up a common thread of defeat. They accepted their experiences as the norm, like how you’d expect a rainy day every few weeks. It was a nail in the routine. A few artists noted where and how to pick their battles. In those moments, I nodded in agreement and even paid my experiences as coins of validation over evidence for change. I supported avoidance as a way of glancing past what was wrong. In all transparency, I’m pretty stuck in this as well — continually corroborating an idea of playing dual identities. It’s the idea that non-men artists continue to make art and simultaneously look over their shoulders at the same time. However,  this article isn’t about accommodation.

This is a piece on microaggressions, specifically on a few musicians in the Philadelphia scene. These aggressions often slip in-between the cracks. Whether it’s inserting yourself into someone’s space without permission or invalidating someone’s ability to do something, these behaviors are often nuanced. This is a small sample. So I wanted to preface this: there’s a notorious focus on a non-man’s marginalizations and how they navigate in the scene over their identities as a person…and it’s as loud and present as knocking and knocking until someone opens the door in the middle of the night. But the intent is to acknowledge that non-men artists are worth much more than what holds them back. Their art shouldn’t be diminished in the process.

Carmen Perry, singer-songwriter and front-person of Remember Sports recalls moments in her touring experiences where she felt left out before the music even began. It was as quick of an assumption as being seen as a woman entering a room.

“The most succinct way to convey how I feel about being a touring musician who’s a woman is to tell you that no matter where we go, we can always tell which sound people actually looked at our input list beforehand,” she said. “They will always always always turn Jack’s mic up the loudest, even though I do 99% of the singing.”

“I’ve stopped fighting it because it got exhausting, but usually when they realize that I’m the one screaming while Jack is mostly playing guitar and doing occasional backing vocals, they’ll turn my mic up.”

Perry’s band just released the anthemic pop punk album Like A Stone and received high praise from fans. And while most of the album was an upgrade from their older work, in the production sense, Perry tried her hand at something new. The nostalgic collaged video for “Materialistic” was assembled completely on the iMovie app on her phone. Pulling clips from her dad’s moldy VHS tapes, it was a peek into Perry’s mind and past without the assistance of expensive studio work or really, anyone else’s opinions filtered into the process.

Rachel Wild, singer-songwriter in Beach Bod, drummer of Kississippi, and music educator has been playing shows since age thirteen. Additionally, she professionally paints, sands, and decorates guitars for commission. During the pandemic, she worked on her solo project Hatchery. With a bedroom pop sound, Wild’s music veers from her earlier lo-fi surf rock and punk pop into an exciting new territory — though her initial involvement in the music industry began way back when sixteen, where she operated the soundboard at a show.

“I don’t think I would have worked as hard if I didn’t have to prove myself to them. From [men working at shows] going behind the soundboard while I’m working and touching knobs, to walking up to my band while we’re setting up and hitting my cymbals with slimy hands, to men commenting about my drumming,” she recalled. “One time, I was doing sound at JJ’s Diner and I left the soundboard for a second. I came back to see some dude took my phone off the aux and started playing, ‘Rooster’ by Alice in Chains.”

Outside of venues, Wild experienced additional imposter syndrome that came with being a non-man in the scene. “Men would comment on my gear and my tone, and I became obsessed with buying really nice gear and began obsessing over researching gear, checking eBay, Craigslist, and Facebook Marketplace.”

“People used to explain to me how to set up my guitar pedal,” said Johanna Baumann, singer-songwriter of janna, music educator, and an engineer and producer at Headroom Studios in Philadelphia. I told her something similar had happened to me a few times when setting up my keyboard at a roughly lit basement show. Several times, men took the quarter-inch cable out of my hands without consent, inserted themselves into my space, and plugged in my instrument. It was serious, but also a little comical. We shared a laugh.

Baumann recently released her debut album back to the wilderness,  an incredible folk album coupled with synth undertones. It was recorded and produced almost entirely by herself. Many of the songs were modeled after artists she looked up to, including Big Thief and Sufjan Stevens. The pith of the album centers around immersing yourself into the wilderness and deconstructing our identity crises. When recording, Baumann likes to keep a lot of the bones of the songs. These are demos without production, and occasional first takes. “The synth arpeggiator in the song “Puzzle” is from the original demo made in Logic.” she said. “I like this, so I’m not going to redo it.”

When we chatted about how she navigated through the music scene as a producer and overall musician, she had a few things to note. “One time I was behind a soundboard at a live gig and a man walked up and asked if we needed an engineer,” she said, laughing. For plenty of non-men, it’s like they’re invisible. “Another time, a client at my studio asked ‘are you a student?’ or ‘are you here for your music?’ assuming I was the client, not the producer.”

“[In the pandemic] I’m not coming face-to-face with randos as much, which that’s where I feel the bulk of microaggressions come from: people who don’t know me,” Baumann said. “You pick your battles. If it happens in a place like the studio, I want that to feel like a comfortable space for me to exist.” The experiences she shared are similar to those I heard from Kennedy Freeman, singer-songwriter and front-person of Highnoon.

On their 2019 album Semi-Sweet, Freeman and their bandmates debuted euphoric songs dabbling in dreampop and jazz textures, paired introspective lyricism. We chatted a few months ago about a new album in the works on oof records. They’re also a founder of radical Black art collective Bad Apple Commune where they build spaces for Black people to feel safe, heard, and represented in an overly white music scene. On their Instagram page, the commune offers additional resources such as required reading, support for the transgender and gender non-conforming BIPOC within Philadelphia communities, and historical narratives that are white-washed from what most of us learned in school. But, “As a Black non-binary person, I’m no stranger to microaggressions across the board,” said Freeman. “These conversations are important to have but I’d still like to be treated as an artist with interesting things to share beyond just being the subject of oppression,” they said.

“It’s really frustrating to be underestimated but I also think there should be an awareness that a lot of people, particularly non-men, may be getting into music a lot later than their male counterparts,” they continued. This is true, as we ask the question — who are granted the opportunities and praise to pursue music at a young age? I would also add this: who are the audiences that truly see non-men, both literally and metaphorically? Men are not inherently better at music or performance. But it seems many are nurtured in comfortable environments with permission to take up space and have the continued support by the backbones of the music industry.

“I didn’t have a band in high school and I didn’t write my first song until I was a sophomore in college.” Freeman continued. “There’s a lot I have to figure out much quicker than a lot of guys who were given electric guitars for their birthday or have a bunch of idols in rock music that look like them.”

Freeman is doing what a lot of men, especially white men, don’t need to do. They’re carving a space for themselves in an industry void of people like them. “I think part of equity is acknowledging these differences in our starting points,” they said.

“When playing shows was a thing, I think I was sensitive to microaggressions and would assume that a lot of things that men would tell me about my work were back-handed or meant to demean me,” they noted. A lot of times, commenting on varying chord voicings on guitar or different wrist techniques don’t carry room for harm. But still, as a non-man, there’s a shock factor on being told. The line between a condescending comment and good-hearted advice remains blurry.

When music communities shifted online during the pandemic, it came with new microaggressions. Things are less clear-cut than before. “I’m often misgendered in articles posted about me and usually by women writers, whom I often assume to be more in tune to that kind of thing. I feel like you should be required to ask an artist’s pronouns before covering them. It’s wild to me that isn’t the standard yet,” Freeman told me.

“A lot of the time when I’m asked to be featured in a story, people want to hear these horror stories that I have related to my identity and sometimes spend a lot less focus on my work itself. It feels like people want me to go on about the struggles I’ve faced more than they want to hear about my process or the work that I’m doing,” they told me.

“I think a lot of people rushed to cover a Black artist in light of last year’s social movement, so I’m wary of the tone of some journalists when asking for conversations, to be honest. I think it’s great when people try to uplift the voices of Black creators. But I think sometimes they’re going more for shock value or trying to earn ally points for talking about this stuff, you know,” Freeman said.

In the end, there’s still a lot of work to do. But the takeaway is this: these types of articles reporting microaggressions are definitely crucial, but what’s more important is moving beyond the reporting. An straightforward call to action is simply reading, listening, and recognizing that microaggressions often ride the margins of more explicit aggression that may come in the form of physical or emotional violence. Often, microaggressions are the dust that keeps on building and building. And the first step to tackling a toxic culture in the music industry is to notice it’s there.