NON-COMM Recap: The Lone Bellow travel down memory lane and look to the future during Free at Noon - WXPN 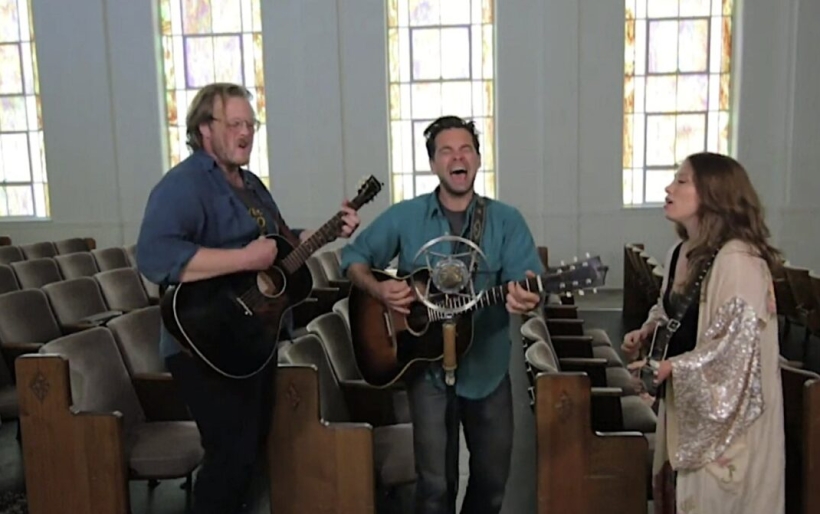 The Lone Bellow | still from video

NON-COMM Recap: The Lone Bellow travel down memory lane and look to the future during Free at Noon

The Lone Bellow joined us for a virtual Free at Noon to help close out this year’s virtual NON-COMMvention. It’s fair to say that the band is a longtime XPN favorite — during today’s set, they even told the story of playing their “first real show” a decade ago to a polite Philly crowd downstairs at World Cafe Live.

Performing live from an echoing church in East Nashville, the folk rockers debuted a new tune, “Goodness Gracious,” in addition to playing a handful of songs off their most recent record, Half Moon Light, and the old favorite “Green Eyes and a Heart of Gold” (which they’ve pared down quite a bit from the 15-minute version they recall playing at that first show). The Lone Bellow will release a 21-track deluxe edition of Half Moon Light on May 14.

Watch an archive of today’s performance below and pre-order Half Moon Light: Deluxe Editionhere. The Lone Bellow is scheduled to play a show at the SteelStacks in Bethlehem on June 18, and will be back in Philly for a show at Union Transfer on November 17. As always, be sure to check the venue websites for COVID-19 protocols and updates.