Hop Along, Alex G, Moor Mother, The Menzingers and more will play the five-day Philly Music Fest this October - WXPN 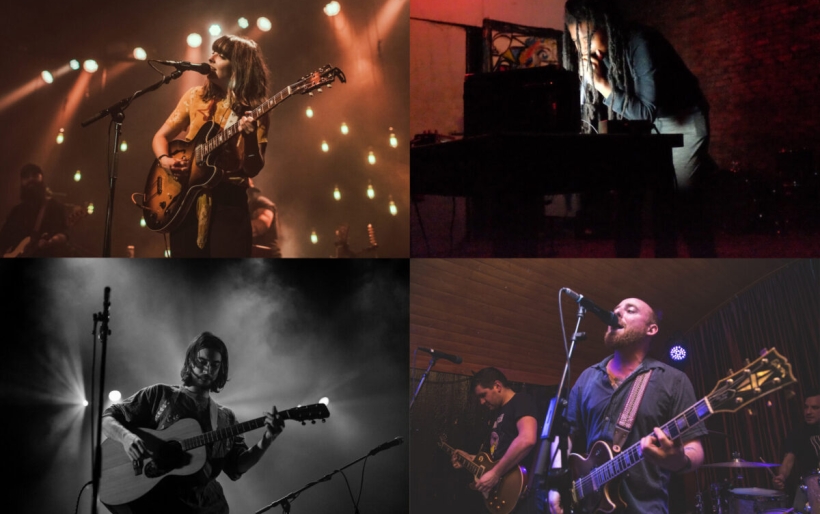 Hop Along, Alex G, Moor Mother, The Menzingers and more will play the five-day Philly Music Fest this October

Brace yourselves, Philly music scene: the return of concerts this fall brings with it the fifth annual Philly Music Fest, and this year’s lineup is a force to be reckoned with.

After a terrific virtual edition in 2020, the festival is back to in-person programming this fall, packing marquee-name Philly musicians alongside up-and-coming artists into five independent local venues across five nights, from Wednesday, October 6th to Sunday, October 10th. Headliners are Hop Along, Alex G, Moor Mother, Son Little, and two nights with The Menzingers; the shows go on sale today at 10 a.m. at the festival website, and with most of these sets taking place in much smaller rooms than the artists would normally play, we expect tickets to be a hot commodity.

The most exciting underplay comes from beloved indie rock four-piece Hop Along, who headlines the intimate Johnny Brenda’s stage for its first full-band show since the House of Vans pop-up in fall of 2019. That’s night two of the festival — Thursday, October 7th — and finds frontperson Frances Quinlan and their bandmates joined by imaginative pop singer-songwriter AnnonXL as well as Lunch, the raucous garage rock trio led by singer-songwriter and local production luminary Jackie Milestone.

Opening night finds PMF taking over World Cafe Live on Wednesday, October 6th, with Alex G and Spirit of the Beehive performing on the venue’s Music Hall stage, and staggering their sets between the Camae Ayewa-curated Lounge stage showcasing three of her projects: the punkish Moor Jewelry, the free-jazz-and-poetry ensemble Irreversible Entanglements, and her flagship experimental electronic project Moor Mother.

To cap off Philly Music Fest, it’s two nights with Scranton-born, Philly-based punk four-piece The Menzingers at Ardmore Music Hall, with different openers each night. On Saturday, October 9th, they play along the hard-hitting Control Top, with acclaimed indie four-piece Highnoon opening the show. On Sunday, October 10th, The Menzos will be joined by former tourmates Queen of Jeans as well as the freewheeling Baltic brass dance party of local staples West Philadelphia Orchestra.

In the orbit of Philly Music Fest are two other free events the festival has partnered with. First is Tech Tour, which offers panel discussions geared toward local business startups taking place at Guru Technologies in Center City on Thursday, October 7th; music programming will be in the mix as well. Then on Saturday, October 9th, music is the central focus of Inside Hustle, which offers conversation on behind-the-scenes industry hot topics that range from incorporating your band as a business, navigating the corporate music world, and exploring Philly as a viable home for artists. The location of Inside Hustle is still TBD, and will be announced on the PMF website closer to the event.

Philly Music Fest will once again have a charitable component; last year’s virtual event raised $50,000 for Musicopia Drum Line, Girls Rock Philly, Settlement Music School, and Play On Philly, and festival founder Greg Seltzer tells us that the event has donated $130,000 to local music education nonprofits since its founding. In addition, it ran a COVID-relief program, where 330 grants ranging from $150 to $250 were distributed to local artists impacted by the pandemic.

Speaking of the pandemic: as we’ve noted with all the concert announcements that have crossed The Key’s desk this past month, Coronavirus has proven to be unpredictable over the past year and a half, and we recommend that fans keep their eyes on the festival website for any changes, updates, or health and safety news related to the event. Representatives of Ardmore Music Hall, Johnny Brenda’s, and World Cafe Live all took part in our promoter roundtable last month to talk about the return of concerts: read what they’re saying about keeping audiences safe here.

Below, take a listen to music from the Philly Music Fest 2021 headliners, and get your tickets here at 10 a.m. ET.