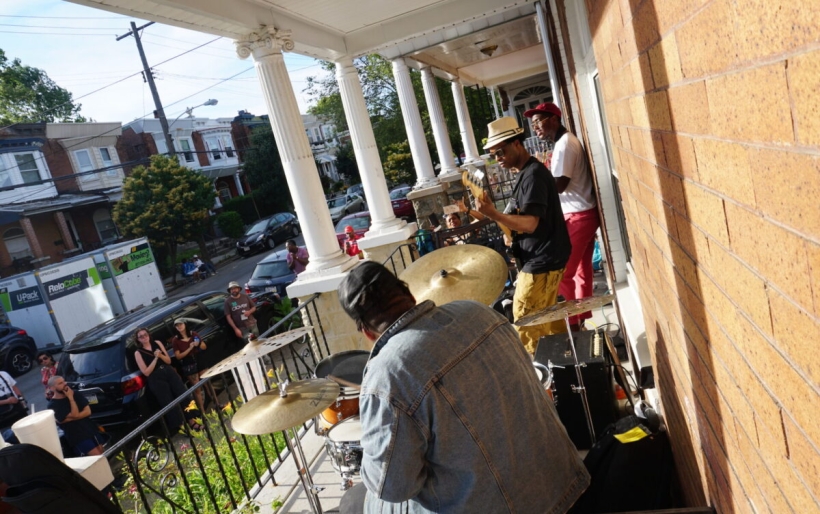 After a few setbacks, the annual West Philly Porchfest will be held this Saturday, June 5. The beloved DIY music festival will take place on various porches scattered throughout West Philly from noon to 6 p,m. After canceling last year’s event due to COVID, they are back and better than ever with a record-setting line-up. As of May 30, Porchfest 2021 is set to include 118 porches and 245 different artists.

The fifth installment of the festival will feature everything from an acoustic performance by Highnoon (playing at 4615 Kingseeing Avenue from 12-6) to the traditional Korean drumming crew URIOL (playing at 5045 Hazel Avenue from 4:30-5). With an eclectic mix of musicians, the West Philly Porchfest represents and celebrates the musical and cultural diversity of the community.

The first Porchfest was in Ithaca, New York, in 2007. From there, Porchfest’s began popping up in various cities around the United States. In 2016 5 neighbors in West Philly who had recently participated in the Somerville, MA Porchfest decided to bring the fest to the neighborhood. The first show featured 75 acts on a little over 30 porches. The last show in 2019 had more than 175 artists who played on over 100 different porches.

You can find the full map with set times, artists, and addresses here.