Black Music City Spotlight: John Morrison on exploring the scene through the words and images of Culture Cypher Magazine - WXPN 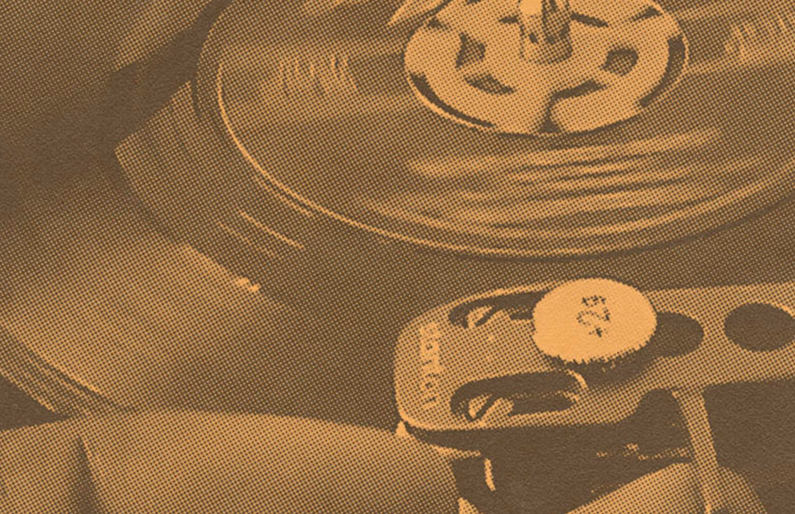 Black Music City Spotlight: John Morrison on exploring the scene through the words and images of Culture Cypher Magazine

Black Music City is a collaboration between WXPN, WRTI, and REC Philly celebrating Philadelphia’s Black music history and looking to its future with a series of grant-funded projects. This month on The Key, we’ll be highlighting several Black Music City grantees, continuing today with writer, producer and DJ John Morrison.

Before John Morrison was hosting Culture Cypher Radio on XPN and The Culture Corner on World Café, and even before he wrote for The Key in general, The Culture Cypher was part of his identity. It was a phrase that stood out in his email signature the very first time he reached out to us over email to pitch stories.

It’s therefore fitting that, when we learned that Morrison was a Black Music City grantee, that the project he’d be pursuing is another leg of that journey; he’ll be producing the first-ever edition of Culture Cypher Magazine, a warm and vibrant journey into his creative vision through words, images, and sounds.

With the help of collaborators like designer Patrick “Peuce” Quinn and cover photographer Mike Béon, Morrison’s first foray into print media will celebrate the Black music and Black culture from his hometown of Philadelphia, through a compendium of his journalistic writing over the past few years; highlights include a memorial to The Roots’ co founding MC Malik B, a conversation with poet and activist Ursula Rucker, a profile on breakdancing scholar Michelle Lerner, and a chat with Becky Stein about deep-cut gems from the Philly rap scene of the 80s, 90s, and 00s.

Morrison and I caught up over Zoom last week about the origins of his brand, his creative ambitions, the importance of centering Black voices in the music journalism conversation, and more. This interview has been edited for length and clarity.

TK: Can you talk about Culture Cypher the brand, so to speak? What was it initially, and how did it grow over the years?

JM: Initially, The Culture Cypher as a brand or idea started with the City Paper, when I wrote for them a few years back. Pat Rapa hit me up – we were Facebook friends — and asked if I wanted to do a music column. This was 2012 or 2011, and at that time I was pretty much doing what I do now on social media; I’d break down records or try to highlight some little corner of the musical universe that people might be interested in. It was something I’d do – I was working two jobs at the time, I’d DJ on the weekends, and I’d be sitting at work on Facebook or Twitter talking about music. So Pat hit me up asking if I’d like a music column, and I grew up reading the City Paper and the Philly Weekly, and zines as well. I grew up in this print media sort of thing; I wasn’t a music writer at that time, I’d quit years beforehand. And I was like yeah, absolutely.

I named it The Culture Cypher, and there’s a whole history behind that phrase that’s tied to The Nations of Gods and Earth, but I was using as a reference to Ghostface. He said it in a song [“Apollo Kids”], that he grabbed “two culture cyphers, one bag of wet,” which is two 40 ounces and a bag of angel dust. [laughs] So I used it as the name of the column, and the column was kind of a man-about-town thing, but hip-hop oriented. I would go to shows and talk about shows; if somebody put out an EP, I would talk about it. And that was my column in City Paper, and it was short-lived because the City Paper ceased to exist shortly after I started working with them. That was the origins, and then it became a thing I would use, or Josh [Indi Leidy, Serious Rap Shit co-host] and I would use on stuff we collaborate on. Now we have a Culture Cypher Media LLC. So it’s a name that’s traveled with us throughout these different things that we’ve done over the years, and now we’re trying to formalize it into a business.

TK: You mentioned your love of zines growing up. You also talk in the setting-the-stage intro piece to this first edition of Culture Cypher Magazine about your love of zines, and you mentioned in particular The Beastie Boys’ Grand Royal Magazine. I definitely see, visually, the resemblance there, both in terms of layout, how you’re thinking of how to frame up the text and interviews with fonts and design elements that go beyond what you’d see in a more corporate music magazine and really compliment what’s happening in the story. And then you’ll have pages of images, whether photographs or art. You use the word “zine“ to describe it to me; it also feels a bit like an art magazine. I think Grand Royal also straddled those two worlds. Where do you see yourself landing in that divide?

JM: As we were putting this together, the illustrations and layout and design were done by Pat Quinn of PQ Designs. We talked a lot about about visual influence, and the kind of layout we wanted, and how we wanted the text to appear. I always found myself dancing around those lines you laid out, between the informal unprofessional zine, something very much that a kid would have made. But also an “art magazine.” And if I continue to do this – this is a one-off, but I’m considering making it a regular thing – I think those lines are always going to be blurred in the magazine’s aesthetic. Because that’s how I came up reading – I would read something like Maximumrocknroll or a zine like the Grand Royal zine, which looked good but had a very chaotic visual style. But then I’d also read early Juxtapoz, which was very much an art magazine. And I kind of want both hands in the pot, if we’re talking about the chaotic and the unprofessional aesthetic, and the more artsy clean [look]. The cover is just an image, and that’s definitely something I took from art magazines where you’d pick up a copy and it would just be a front-to-back wraparound stark image. Both dynamics are at play.

TK: That reminds me of that Megawords project that was happening in Philly for a while. That primarily showcased photography and different forms of design and visual art, but you would pick it up and and the name of the publication wouldn’t even be on it, just a really striking visual that makes you grab it and wonder what’s inside this.

JM: I love stuff like that, even with records. I love picking up a record that has no text, and is just a big image. All-around and front to back.

TK: Can you talk more about Pat Quinn’s role?

JM: Pat did illustrations, he did these beautiful illustrations of Ursula, Sun Ra, King Britt, and Malik B, and he also did all the layout and design, all the flourishes with the text. I gave him text and did some changes to the piece – most of these are lightly edited after the versions that were published – but I handled the text and the visual aesthetic. Pretty much all of these images are pictures I took, I handled the photographs. The cover, Mike Béon, he did the cover. But the images of the records and the fingers on the turntable, those are all images I took, and Pat put all of this together as a cohesive visual whole. He edited the photos I took and added a grainy visual texture to them.

TK: When you chose the different pieces you wanted to include, did you have a guiding principle? Was it pieces you’ve done that you’re particularly proud of, or is there more to it than that?

JM: It was definitely both. Primarily I wanted to choose pieces that were strong and enjoyable, something I would want to read in a magazine if I picked it up. So that was primary, but also, I wanted all of these stories to tie into Philly’s Black music culture, even if everybody involved isn’t specifically Black. Like Michelle Lerner is not Black, but she’s done all of this work around break dancing, which is a Black and brown cultural production and she’s someone who’s involved in Philly’s breakin’ scene, she’s a dancer, so thematically I wanted it all to tie back to this history of Philly’s black music culture.

TK: You mentioned earlier that this issue is a one-off, but could potentially serve as a launching pad for more installments down the line. What do you think that might look like?

JM: I would love to be able to afford to blow this up into a broader thing. Philly Black music culture is the core of my work, but I would absolutely like to publish stories that cover a variety of different things. My highest ideal for this would be having money to consistently execute it, and I’d contribute some writing, but my role would be more of an editor-in-chief kind of role. As a kid, I always wanted a magazine and an indie label, those were my ambitions and things I wanted to do. That desire is still in me, and if I could pull it off, I would absolutely love to recruit other writers. I know so many incredible writers who are doing work right now. It would be a pleasure to do something like this, and have it not be all my writing.

JM: Yeah. That would be… You ever see folks would Tweet, or post a meme saying something like “If you woke up tomorrow with $20,000,000 in your bank account, what would you do with it?” I would absolutely start a really radical, progressive, Black-centered music and culture publication. That would be my thing. I’m not into cars, stuff like that. If I had money, I would push it towards Black people telling stories about Black culture specifically. Because there’s so much – and you work in this game, you know how it is – so much of Black music and Black culture is written about, profited from, and contextualized by non-Black people, specifically white people, white writers at white-controlled publications. I would do the opposite of that. Like the polar opposite of that.

And even on a practical level, it’s hard for us to get staff writing jobs, it’s hard for us to get freelance gigs to write about Black music. A lot of publications would rather have white people write about Black music. It incenses me but I understand the social and historical dynamics that make the game that way. But yeah, if I had the resources to do it, I would absolutely lean towards that. It goes without saying, but I’ll say it anyway: that doesn’t mean I don’t want to work with white writers. But I would absolutely center Black voices. I try to do that in anything I do.

Culture Cypher Magazine Vol. 1 will be available digitally later this month, with a limited edition print run dropping around the city this summer. Follow John Morrison on Instagram and Twitter at @john_liberator for the latest updates.