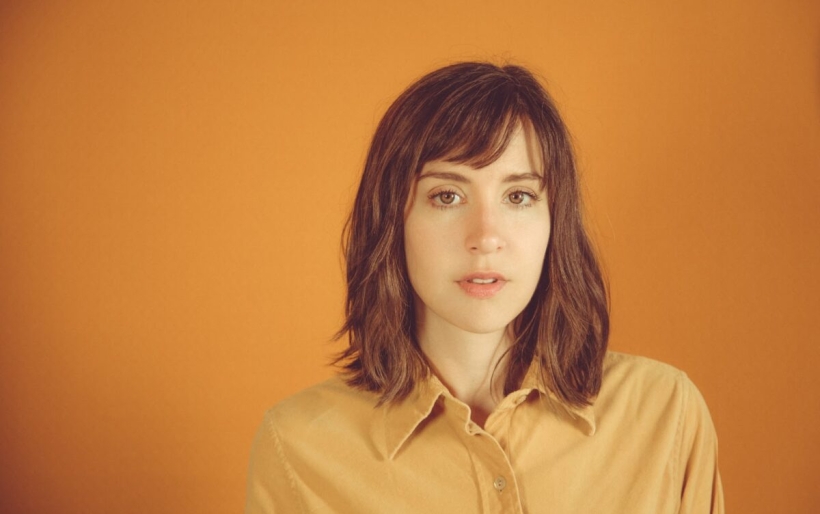 Laura Stevenson | photo by Bon Jane | courtesy of the artist

Hudson Valley singer-songwriter Laura Stevenson will return this summer with her sixth studio LP on longtime label Don Giovanni Records. “I’m so proud of these songs & the way I’ve grown as a songwriter,” she Tweeted to announce the news this morning. “I thought after all these years, I had finally made a self-titled record.”

Stevenson wrote the record during a universally difficult year leading up to and encompassing the earliest days of the COVID-19 pandemic; when it was time to record, a press release notes, Stevenson was pregnant with her first child, and she describes the resulting record as a “purge and a prayer.”

“It was a very intense experience to re-live all of the events of the previous year, while tracking these songs, with my daughter growing inside me, reliving all of that fear and pain and just wanting to protect her from the world that much more,” Stevenson says. “It made me very raw.”

There’s nothing holding back those feelings on the gripping black & white video for “State.” Directed by Christopher Hainey and starring dancer Leslie Bembinster moving about the frame and destroying obstacles while footage of Stevenson is projected overtop her, it recalls both the claustrophobia of Radiohead’s “No Surprises” video and the catharsis of Beyoncé’s “Hold Up” video. As Bembinster topples vases and smashes computer monitors, Stevenson sings poetic lines like “What a sterling way to come, I become rage / a shining example of pure anger / pure and real and sticky and moving and sweet.”

In a press release, Stevenson sheds some light on the personal trauma that inspired the song and video:

“Someone I love was hurt and almost killed by another person and I was so absolutely consumed with this level of rage that I had never known before and it was really powerful and frightening but somehow freeing when I was willing to just let it wash over me.”

Watch the “State” video below, and preorder Laura Stevensonhere, via Don Giovanni; the album comes out August 6th. A short run of fall tour dates will bring Stevenson around the Northeast, with a headlining Johnny Brenda’s show in Philadelphia on Friday, October 22nd; tickets are on sale this Friday, June 11th, at noon, more information can be found here.