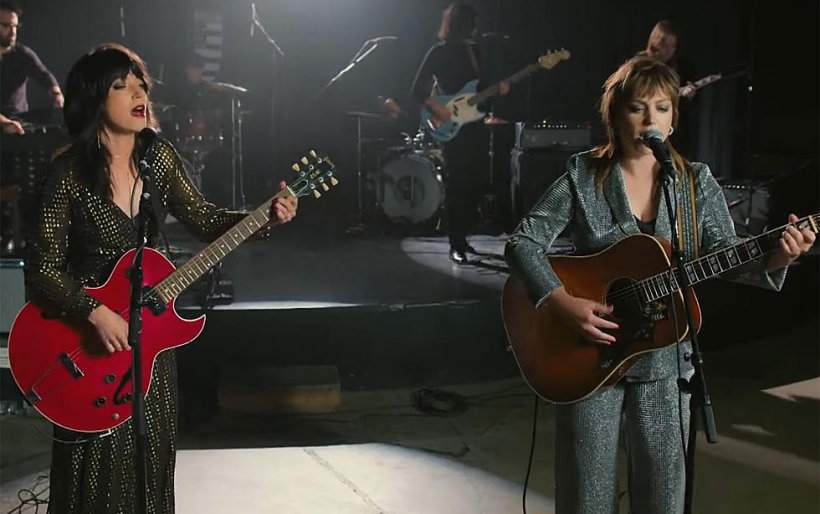 The duo released the track back in May with a retro music video directed by Kimberly Stuckwisch. A ballad about what used to be Van Etten and Olsen find themselves repeating old patterns and falling into the same cycles that used to consume them. A match made in heaven, the slight twang and effortless rasp of their vocals complements each other perfectly. Between the nostalgic riffs and dramatic drum flourishes the performance will give you goosebumps.

“I’ve met with Sharon here and there throughout the years and have always felt too shy to ask her what she’s been up to or working on,” Olsen said in a statement. “The song reminded me immediately of getting back to where I started before music was expected of me, or much was expected of me, a time that remains pure and real in my heart.”

Recently Van Etten released Epic Ten, an anniversary reissue of her album Epic featuring covers by icons like Fiona Apple and Lucida Williams. She will be performing on September 26 at Ohana Festival and October 29 at Outside Lands Music and Arts Festival.

In March, Olsen released a box set Songs of the Lark and Other Far Memories that contained her previous two albums All Mirrors and Whole New Mess. The box set also included some demos, outtakes, covers, and other miscellaneous recordings from the same time period. Olsen will be playing Pitchfork Festival on September 11 and Outside Lands on October 30.

You can watch their performance of “Like I Used To” below.