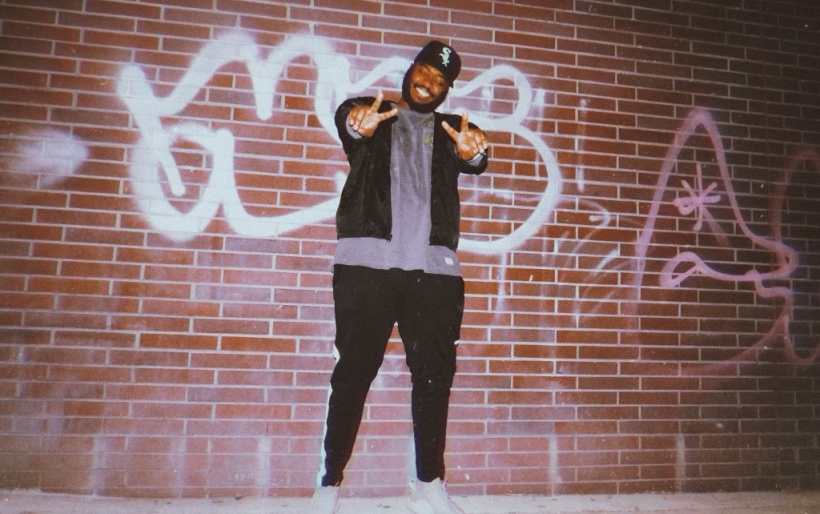 Welcome To The Locals: King Israel

It’s crazy to think about what you can accomplish by putting in a good amount of time and effort. That’s something King Israel thinks about when it comes to his career. Since his friends Dave & Ken, better known as Overthink, taught him how to produce music and brought him to The Artistry Collective Studios in 2018, the Yeadon native has clocked in a ton of hours in any studio he’s been a part of. Since learning from his two childhood friends, along with receiving tips from Funkitorium producer N-Dot and rapper / producer James Weldon, King Israel has been sharpening his skills and using them to contribute to artists like Arthur Thomas, James Weldon & STK. However, once King Israel got on a track called “Mental Wealth,” with STK, he decided to take his talents in the booth instead of behind the boards.

That transition led to King Israel’s debut project Super Sayian Cuz. Viewed as experiment and not to be taken seriously King Israel wanted to take a chance and see the results of him rapping over the beats he created. You can hear the influence Kanye West has on King Israel, since a lot of his melodic verses sound similar to 808 & Heartbreaks and Yeezus. Like most young hip hop artists today, King Israel looks for his verses to create a vibe with his verses rather create a picture with words. While King Israel looks at Super Sayian Cuz as more of rough draft of a musical experiment that he wanted to share, he does plan on rapping on his own beats more often, as well as sending his talents as a recording artist to others.  I recently got to Welcome King Israel to The Locals to talk about his early beginnings and his EP Super Sayian Cuz. Listen below and read highlights from our conversation!

Welcome To The Locals – King Israel

…on creating during the pandemic.

It was pretty easy. What else are you going to do? Me being a producer and being stuck in my home only made me make my bedroom a studio. I bought a bunch of equipment right before we were on the first lockdown…speakers, a new mic, interface, new computer, all that. I would literally wake up, roll over, and make some music.

…on the influence of Kanye West.

Everybody who knows me knows I’m a huge Kanye fan. Late Registration is definitely a big influence on my music career, Kayne period is a big influence on my music career. But I think this project that I just dropped was more 808s, more Kid Cudi, and I had a little Drake in there with me too. I channeled the spirits of those and was like “let me lock in and get some flows off, let me try some melodies, let me try to hum.”

…on what he picked up from working with N-Dot and James Weldon.

I’m a product of everyone who’s been around me for the past couple years. When I was just figuring out how to make my own sound and my own beats, N-Dot was really the guru for sound. He has samples, he had chops that I never heard, he had drumkits that was out the wazoo. He gave me his hard drive one night and said “download whatever you want.” I took the whole thing, bro, I took every sound he had, it crashed my computer.

It was so much sound, and watching Dot, how he uses his chops and his drums, versus watching James how he makes his sounds and his beats, it was all two to three completely different ways of making beats, so I managed to take a part of it for my own.

…on deciding to get in front of the mic instead of working behind the scenes.

Once I got producing down pat, I knew how to make beats, I knew how to make the beats sound good. I’d usually just send it to an artist, they do whatever they do to it, and they’ll send it back with a complete song. And it’ll sound not completely different, but like “Yo, how did you get my beat to break down and fit whatever you’re saying?”

I got on the mic when I did [engineered] “Mental Wealth” track. I ended up recording the hook for [that song], Belly heard it and said “this sounds way better with you singing.” At that point, I didn’t even have the idea in my mind being behind the mic and being an artist myself, so I was like “let’s try it.”

…on creating emotional connections with a more melodic flow.

For me, I just love music, I like all types of genres. The music that sticks out is the timeless songs, the ones you can feel, not just hear. “I heard this song, it was hot.” But did you feel the song? … I have a song called “Drugs Tonight,” and that song is more of feel than anything. What you say, and how you say it, is what people relate with. I can tell you, “oh yeah, I went to the store and grabbed this juice and it was really good.” But if I sung it and told you, “it tastes like heaven, and I drank it, and it felt like this.” It gives you the option to be like “yo, I remember feeling like how he’s describing that juice.” It’s different elements you put in your music to help people feel what you’re talking about, instead of just hearing what you’re talking about.