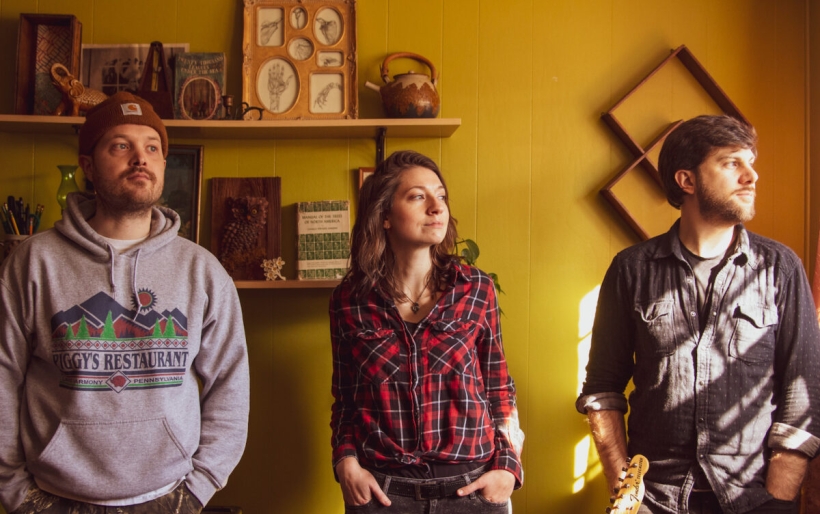 Grace Vonderkuhn | photo by Skyler Kley | courtesy of the artist

Wilmington’s Grace Vonderkuhn is back this summer with their long-awaited second LP, Pleasure Pain. It releases August 13th via Sheer Luck Records, and the first single from the record — a smoking psych-rock ripper called “Put It On Me” — is out today.

A roaring jam that did a tremendous job shutting down Grace’s gigs in the before times, the song’s head-spinning riffage circles around distressed, trippy imagery evoking ideas of tension and release: “She’s got spider legs in her hair, she is coming down the stairs / She is putting out the fires when she’s coming up for air.”

That plays on the album’s themes, with singer / songwriter / guitarist Grace Koon wrote in the pre-pandemic era after spending some time with Alan Watts’ The Wisdom of Insecurity. Following a year of global trials and tribulations, that message of finding balance resonates even harder for her. “There is something so comforting in the idea of just ‘riding the waves of life’,” she says in a press release. “The album follows my path out of my own head and into self-awareness and objectivity. It’s about growing pains and identifying my patterns.”

Pleasure Pain features Koon’s longtime bandmates Dave McGrory on drums and Brian Bartling on bass and was recorded at Headroom Studios in Philly with Kyle Pulley. Take a listen to “Put It on Me” below and find out more about the album here. Grace Vonderkuhn plays a handful of shows in Delaware and Philly this summer, including a September 4th co-headline at PhilaMOCA. Check out dates below.