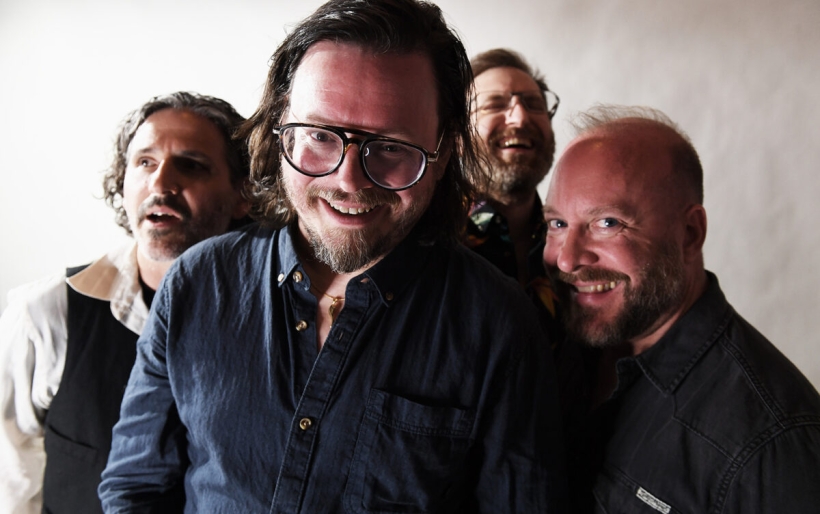 Joey Sweeney and the Neon Grease | photo courtesy of the artist

For some, the passing of time is a source of fear, anxiety, and existential dread. But what’s the fun in that? For Philly’s Joey Sweeney and the Neon Grease, it’s something they embrace.

“Me, I like getting older,” Sweeney sings on the ripper of a new single, “Air Traffic Controller.” “I like how everything gets fuzzy at night. / My sweet rock and roller, I promise you we’re gonna be just fine.”

Released last Friday, the song bops to a brisk rhythm section (that’s XPN’s own Jared Styles on bass, alongside drummer Alec Meltzer), and has a cool and collected confidence in the spirit of pre-indie rockers from The Jam back to The Stones. The theme on the table is love, but more specifically the deep feels of a long-established love that still burns bright, even if it’s not as celebrated as it should be. But let’s fix that: “It’s Sunday morning in America, baby” sings Sweeney with abandon. “Let’s renew our vows.”

Neon Grease is Sweeney’s latest band in a long lineage — he’s also led projects like the Long Hair Arkestra, The Trouble With Sweeney, and his first band The Barnabys, which emerged on the scene when Sweeney was in his late teens in the early 90s. (The compilation Joey Sweeney, Your Life Is Calling is still available on Bandcamp and provides a solid primer.) “Air Traffic Controllers” is the first taste we’re getting of Magazine Moonlight, the new EP Sweeney and the Grease will release in September through The Giving Groove, a community-minded local label that splits album proceeds between the musicians and a charity of their choosing — Sweeney will, as with his other recent releases on the label, be supporting the music education nonprofit Rock to the Future.

Take a listen to “Air Traffic Controllers” below, and if you’re up for a fuzzy night like the song describes, make your way to The Maas Building in Fishtown this Friday, July 2nd for the single release party with DJ Shawn Ryan of Universal Cave; more information can be found here.