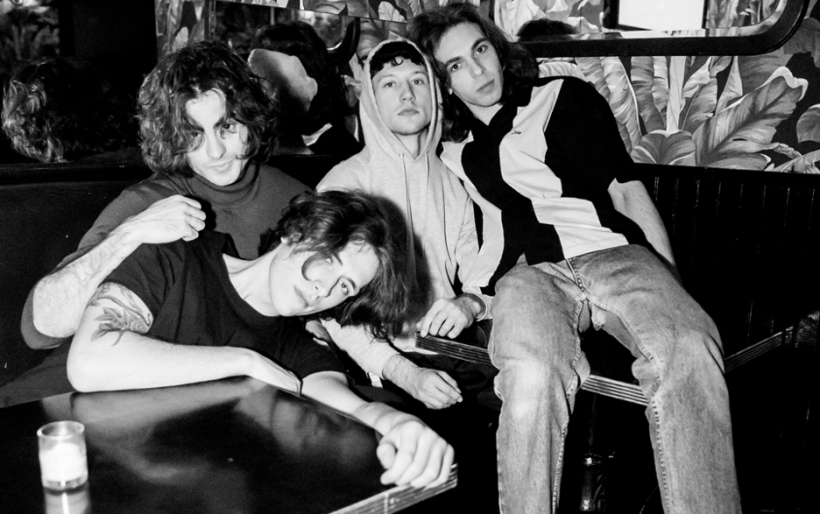 Courier Club has a little more than dumb luck to cover their sorrow on “Foreign Ground.” A track that feels like the whole world is crashing in, it’s a far cry from their usual self-proclaimed style of 2000s sports video game soundtracks. Along with the song, the band announced they will be playing a show at PhilaMOCA on September 18.

Trying to move on and make sense of things, “Foreign Ground” is crushing. Reluctantly convincing themselves the break-up they sing about is for the best, the track sounds more like a tragedy than an affirmation. Even with driving guitars and Timothy Waldron’s frenetic vocals, their dance-punk doesn’t completely conceal the heartbreak at its core. Fleeing a car crash and crossing their fingers that tomorrow doesn’t come, it’s an attempt at escaping something they just can’t run from. Desperately trying to find someone or something else to alleviate the ache, Waldron seeks out a new light in what feels like a perpetually dark world.

To accompany the single, the band released a music video directed by Waldron. Capturing the frenzy and energy of their live performances, the band rips through the track in what appears to be some retro-futuristic underground bunker. Surrounded by old-school TV’s flashing images of static the band rages. Pouring all of the anxiety, confusion, grief, and angst into their performance, it’s explosive. Thrashing around, shredding through riffs, and tearing up bass lines, they go all in.

You can watch the video and below and grab your tickets to the PhilaMOCA show here. For more on live music in the Philadelphia region, consult the XPN Concert Calendar.