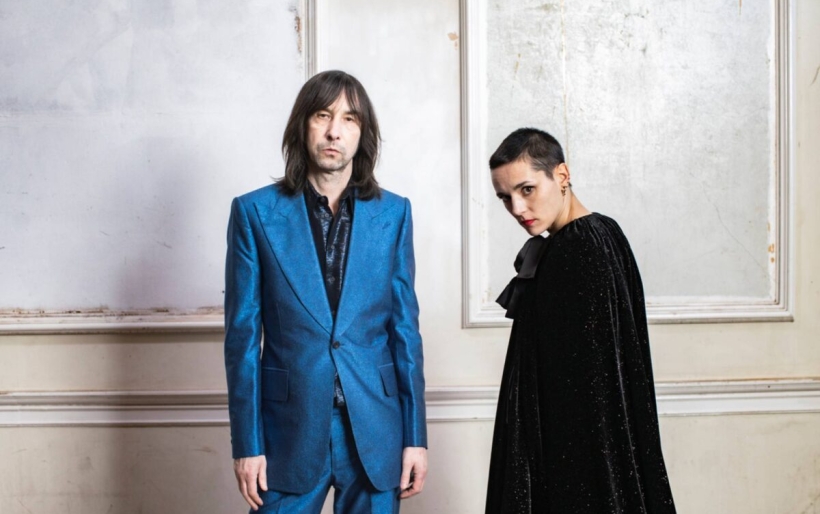 Bobby Gillespie and Jehnny Beth | Photo by Sam Christmas, courtesy of the artist

Compared to last week’s head-spinning deluge of new albums, this week’s batch of releases is a bit more manageable (to say the least). Recapturing the spirit of Nancy and Lee, Tammy and George, Emmylou and Gram (Allman and Woman?), Primal Scream’s Bobby Gillespie teams up with Jehnny Beth of Savages for Utopian Ashes, a full-length collaborative set of countripolitan songs for an imagined divorce. Nearly a decade removed from her breakthrough debut, Laura Mvula returns with Pink Noise, a neon-lit celebration. Recording under the alias Cub Scout Bowling Pins, Guided By Voices dispatch Clang Clang Ho!, generously packed with Robert Pollard’s signature bite-sized confections. On Get Up Sequences Part One, The Go! Team return with plenty of their charming double-dutch calls and chants. It’s been over a decade since former Philly mainstay Scot Sax released a full-length with his group Wanderlust; All a View showcases the inimitable influence of their new home, Nashville. Though he’s made more than two dozen albums as one half of They Might Be Giants, Roman Songs is a rare solo outing from John Linnell (oh, and its four songs are sung entirely in Latin). In 1996, director Edward Burns’s film She’s the One boasted a full (mostly original) Tom Petty and the Heartbreakers album as its soundtrack; for its 25th anniversary, the expanded and re-titled Angel Dream re-imagines the original set with previously unreleased tracks. Finally, Red Hot + Free is the latest installment in the long-running series from the international AIDS relief nonprofit, offering inventive, summer-ready collaborations and remixes. PRESS PLAY on these released (and a few more) below…

Bobby Gillespie and Jehnny Beth – Utopian Ashes
WE LOVE: “Remember We Were Lovers” “Chase it Down”

Laura Mvula – Pink Noise
WE LOVE: “Church Girl” “Got Me”

The Go! Team – Get Up Sequences Part One
WE LOVE: “World Remember Me Now” “Pow”

Wanderlust – All a View
WE LOVE: “Something Happens” “Corduroy Moon”

Tom Petty – Angel Dream (Songs and Music from the Motion Picture ‘She’s the One’)
WE LOVE: “105 Degrees” “One of Life’s Little Mysteries”