Modest Mouse announces North American tour with The Districts, including a show at The Met Philly - WXPN 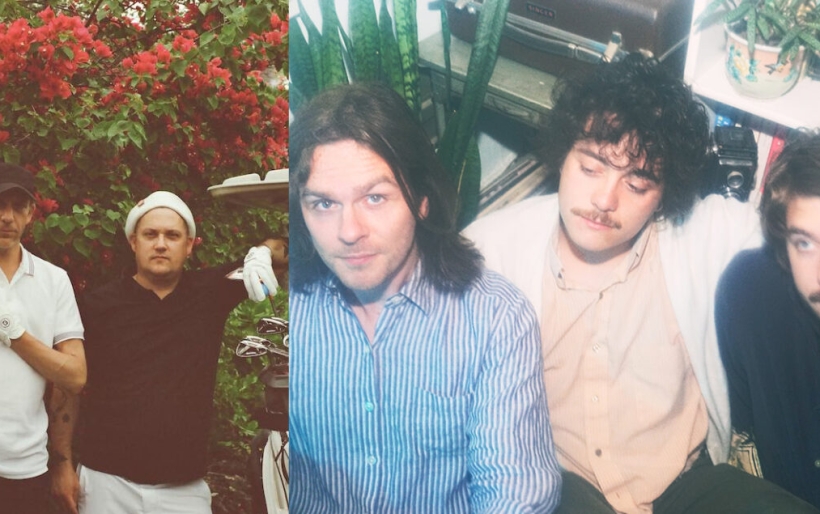 Modest Mouse announces North American tour with The Districts, including a show at The Met Philly

The bill only indie-heads could dream about, Modest Mouse is going on a North American run towards the end of the summer and Philly faves The Districts have announced that they will be touring with them. The bands will make a stop in Philly to play The Met on August 5.

Releasing their first new album in six years, The Golden Casket, back in June, Modest Mouse is right on time for the revival of touring. Just like the title, the record flits between starry-eyed optimism and bleak paranoia. Tracks like “Lace Your Shoes” show the sentimental side of the band as frontman Issac Brock sings to his children, “the sunshine spills out your mouth, and eyes / and out onto the floor / and I can’t see nothing anymore.” Following it up with the nihilistic “Never Fuck A Spider On The Fly,” the band shifts moods in a matter of seconds. The one constant is their sense of experimentation. Whether it’s the subtle pops, clicks, and whirrs they slip into the songs or the off-kilter instrumentation (one track credits Brock with playing “soft drink percussion,) there’s a surprise in every song.

Districts fans can rejoice, as the band will, at last, be able to continue touring in support of their 2020 release, You Know I’m Not Going Anywhere; the typically hard-touring band got a couple weeks of shows under their belt in early 2020 before abruptly calling things off with a March 12 Union Transfer headliner. Released right before the pandemic, dance-pop tracks like “Cheap Regrets” and the anthemic “Velour and Velcro” will finally have their moment to shine onstage, and even the records quieter moments like “Changing” are guaranteed to provide a stirring pace change. An album that parallels the boundary-pushing nature of The Golden Casket, both bands are sure to deliver a high energy eclectic set.

You can grab tickets to the Philly show here and check out the full list of dates below. For the latest on live music in Philly, check the XPN Concert Calendar.