Watch Who? What? When? Why? & Werewolves' puppet-centric video for "Hard Feelings" 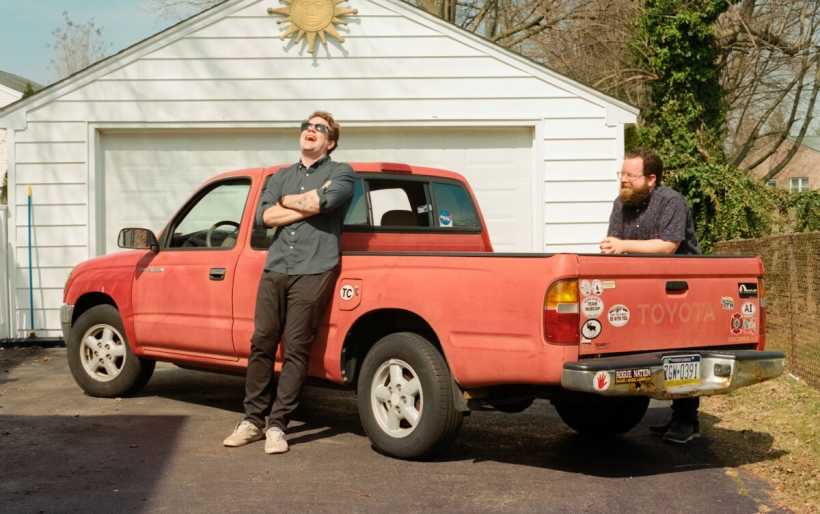 Who? What? When? Why? and Werewolves | photo by Jesse Gennett | courtesy of the artist

Gothic Americana and Puppets: step into the world of Who? What? When? Why? & Werewolves’ “Hard Feelings” video

Local indie-folk duo Who? What? When? Why? & Werewolves balance a reverence for musical tradition with an irreverent sense of humor, and both of those worlds collide in their new music video for “Hard Feelings.”

Directed by Big Howl, the clip dips its toes into the worlds of Faulknerian gothic Americana and mildly creepy 20th century folk art. It follows a woman around a Victorian-style home laden with chandeliers, candelabras, dense curtains, crushed velvet couches, and shelves upon shelves of dolls, among which we find life-size versions of bandmates Andrew Fullerton and Matt Orlando. They have tea with their host, perform for her, and over the course of a four-minute rootsy strummer develop a bond that’s equal parts sweet and unsettling.

“The Big Howl guys really understand the bizarre tenderness I try to convey in my songwriting,” Fullerton tells us. “Usually I send them the song and they say ‘how weird do you want to get’ and I just say ‘I trust you.’ You can tell from the story that the woman and her dummies go back a ways and their relationship has it’s up and downs as well.”

Which plays into the themes of the song, which the band describes as a look at a the strength and deep intimacy found in a time-tested relationship. Watch below, pre-order Hared Feelingsat WWWWW’s Bandcamp page — it releases Friday, August 13th, and the duo celebrates by playing 118 North on Sunday, August 15th. Keep tabs on the band’s Facebook page for news of other live shows as we make our way into the new normal.