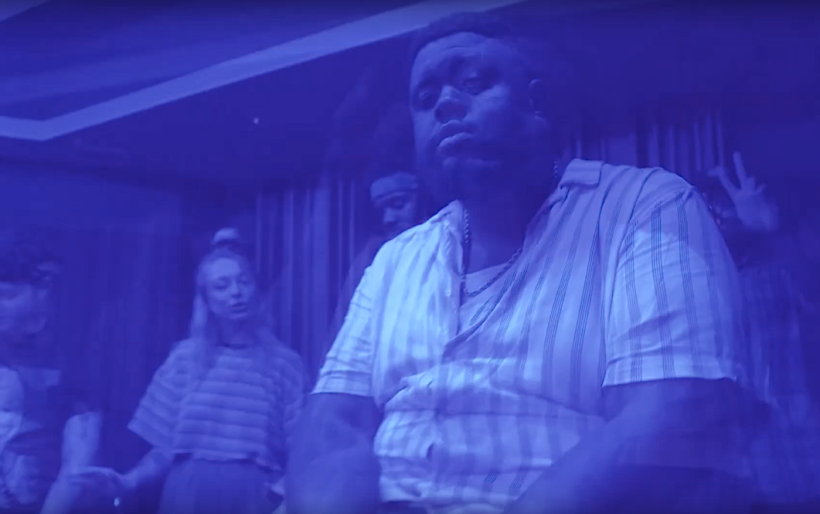 Philly’s Nazeer Art’aud is a multi-hyphenate creative force with background in hip-hop, irreverent comedy, and theater. On his new project, Mister Larry’s Loony Funhouse, he’s looking to blur the lines between those worlds more than ever before.

Out next week on all streaming services, the project is built around a series of Pee-Wee’s Playhouse-esque sketches that become increasingly disturbed as the tracks play on. On the music side of things, we hear inspiration from modern bounce and trap, as well as psychedelic electronic pop; Art’aud named each song for one of his favorite movies or television shows, or more specifically, movies and television shows that were released at a pivotal time in his life.

Out this week, “Sister Act II” rides a comes with a gritty, grimy trap beat that bumps and bangs; it’s lyrically a lot of double-entendres, mostly about sex, but also about pop culture — going from “I’m Spike Lee with the camera” to “such a dirty Diana” is a perfect example of the balance. Basically, it’s a lot of fun, and the music video finds Art’aud having fun in the studio with friends as he records his verses, then listens back in the control room, the lights growing ever more dim and multi-hued, the atmosphere getting ever more wavy and hazy.

Check it out below, and pre-order Mister Larry’s Looney Funhousehere — you can also keep an eye for it on Art’aud’s Bandcamp, and follow him on social for announcements about how he’ll be celebrating the release later this summer.